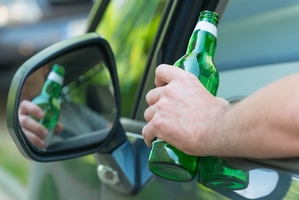 Teenage Motorists younger than 21 caught drinking and driving or in physical control of a motor vehicle in Phoenix face a severe criminal offense. Under ARS, 4-244(34) nicknamed “Baby DUI,” the state’s no tolerance legislation, the blood alcohol concentration (BAC) in Phoenix Arizona doesn’t need to be much, in fact hardly a trace over 0.00.

Whether the impairment was witnessed or not it doesn’t matter as a slight trace is sufficient for an arrest. A hint of drugs is also an offense. Comparatively, the limit for adults is 0.08 BAC.

A second conviction within seven years of the first means incarceration.

In addition to a DUI charge for underage drinking and driving, other penalties can be levied depending upon the circumstances.

These charges include: Furthermore, if death or a serious injury resulted from teenage drinking & driving, then much more severe charges come into play; particularly vehicular manslaughter, which is a felony and they could serve years in state prison if convicted.

A juvenile, between 14 and 17 years old, facing this situation may be charged as an adult in Arizona.

If your child has been charged with underage drinking & driving it is imperative that you hire a DUI Defense Attorney immediately.

If your child or someone you know has been charged with teen drunk driving in Phoenix, AZ the fear and anguish of not knowing where to turn can make the whole situation even more frightening.

Choosing the best DUI Lawyer to represent you requires a great deal of work on your part and understandably so. After all their freedom is at risk and you need an experienced DUI defense lawyer. If your child is facing an underage drinking & driving charge, contact Phoenix, AZ DUI Defense Attorney Aaron Black or call 480-729-1683 to set up a free consultation.

Back to Top
In light of the Coronavirus pandemic, I wanted to inform clients and potential clients I am still available for consultations. I am always available by phone, text and/or email. We can also use Facetime for social distancing. The criminal justice system is not stopping due to COVID-19.

Selected as the Only DUI Super Lawyer® in Phoenix. Read More...


"I appreciated that he took the time to review my case during his time off"
Professional and Highly Knowledgeable, Accessible
"Outstanding Criminal Trial Lawyer"
Stacey
"Go with Aaron Black, you'll be thankful you did! "
Annonymous
"He worked on my case the day I met him and had the charges dropped down before my court date."
Tereasa A
"Aaron Black is at the Very Top of His Game"
John
" If I could give him 10 stars I would!"
Hannah
"Saved my life"
Matt
"Incredibly Proficient, Incredibly Human"
Previous Client
"It was evident he was confident and passionate about defending my father in a 3-day trial."
David M
"I couldn't have been happier with Aaron! "
Paresh
"Aaron made sure I never felt like a criminal."
Kristin, A DUI Client
"Aaron kept in contact with everything going on. He was able to get me absolutely no jail time."
Baily b.
" I would recommend Aaron to anybody fighting a DUI case."
Annonymous
"I highly recommend Aaron Black as an attorney!"
Renee
"If you want the BEST - Pick the BEST"
Major
"Reduced my case from extreme to regular DUI."
Juan S.
"Attorney Aaron Black was a gift!! He did the research, presented the evidence and I did NOT go to prison or jail. I am eternally grateful."
Dr. Soki
"I can't thank him enough for his dedication, skills, and knowledge."
Jlexx
"His availability is completely unmatched."
Jurgen L
"Aaron was a voice of calm and reason at an extremely upsetting time for me, charged with my one and only DUI. "
Hire Aaron
"Aaron has been there every step of the way for a very challenging case...He believes in you, so it's easy to believe in him."
Steve
"I was thoroughly impressed with Mr. Black's calm yet confident demeanor and ability to turn up the heat when necessary. "
Jeff M
"Highly Recommended"
Annonymous
"He fought for me and treated me with great respect."
Chanel X
I understand that good people sometimes find themselves in bad situations. - Aaron Black
In the News