Drug Possession with intent to distribute in Phoenix, AZ 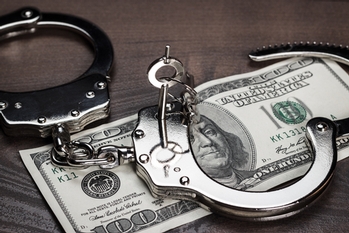 The Maricopa County Sheriff’s Office adopted the High-Intensity Drug Trafficking Areas (HISTA) initiative in 1997 that uses a variety of tools, including wiretaps, undercover operations, and interdiction of highways and the desert.

The County Attorney’s Office also has a unit devoted to drug crimes, the Drug Enforcement Bureau. It’s one of the county attorney’s largest units prosecuting people for possession, sale, and transportation of drugs with help from county and city investigators and confidential informants targeting both street sales and trafficking.

If you’ve been arrested for selling a small quantity of illegal drugs, the state will charge you under its drug sale and distribution law. But the type, weight, or the amount of drugs allegedly in your possession can mean an arrest for the far more serious drug trafficking.

ARS §13-3407(D) establishes a threshold amount for various illicit drugs by the amount and weight of them. If the amount of narcotics reaches the threshold, the law presumes you had that much because you possessed them intending to sell or transport them.

I’ve been arrested for Possession of Drugs, what should I do?

No matter what your arrest is based on, confidential informant, sting operation, or wiretap, at the moment of your arrest, you must not agree to talk to the authorities. They don’t have your best interests at heart.

You’ve heard the mantra, anything you say can and will be used against you. They mean it. So don’t offer any information. You’ve probably also heard the phrase “taking the fifth.” That refers to the Fifth Amendment of the Constitution. It prevents you from incriminating yourself.

Authorities know it, too. They, by law, have to tell you about your Miranda rights. Yet in their enthusiasm, they will try to get you to talk. The only thing you should say is, “I invoke the Fifth Amendment, and I want to speak to a lawyer.”

Common Defenses for Possessing Drugs for Sale or Transportation

To earn a conviction from enthusiastic efforts, the state must prove beyond a reasonable doubt that (1) you knowingly sold, imported, transported dangerous drugs and that (2) the drug was a narcotic.

Because of the various investigative technics drug possession cases will have different facts and physical evidence, supporting facts and testimony that may conflict.

Potential Consequences of a Felony Conviction

Possession, sale, and transporting dangerous drugs are felonies, and a conviction can have life-long impacts. You’ll lose the right to own and possess a firearm, you won’t be allowed to vote, landlords may refuse to rent you property, employers may be able to fire you, and potential employers may reject you.

If you have a professional certification or license, it can be suspended or revoked. Adding to the financial harm of lost income is that the state can levy significant fines. You may also have difficulty accessing higher education.

Having a criminal defense attorney in Phoenix, AZ, who is well-experienced in possession, selling, and transporting dangerous drug cases is essential for developing an aggressive defense.

In many situations, the prosecution may offer a plea agreement, or the defense can propose a deal if that is the desire of the client, to reduce the seriousness of the charge and the length of the sentence. Plea agreements are beneficial to the state by saving taxpayers the expense of a trial.

The law office of Aaron Black handles cases in all city, state, and federal courts and is always available to take your call 24 hours a day.


Back to Top
In light of the Coronavirus pandemic, I wanted to inform clients and potential clients I am still available for consultations. I am always available by phone, text and/or email. We can also use Facetime for social distancing. The criminal justice system is not stopping due to COVID-19.

Selected as the Only DUI Super Lawyer® in Phoenix. Read More...


"Go with Aaron Black, you'll be thankful you did! "
Annonymous
"I appreciated that he took the time to review my case during his time off"
Professional and Highly Knowledgeable, Accessible
"Aaron Black is at the Very Top of His Game"
John
"Aaron has been there every step of the way for a very challenging case...He believes in you, so it's easy to believe in him."
Steve
"I couldn't have been happier with Aaron! "
Paresh
"It was evident he was confident and passionate about defending my father in a 3-day trial."
David M
"I highly recommend Aaron Black as an attorney!"
Renee
"Aaron made sure I never felt like a criminal."
Kristin, A DUI Client
"Outstanding Criminal Trial Lawyer"
Stacey
"He worked on my case the day I met him and had the charges dropped down before my court date."
Tereasa A
"Aaron was a voice of calm and reason at an extremely upsetting time for me, charged with my one and only DUI. "
Hire Aaron
" If I could give him 10 stars I would!"
Hannah
"If you want the BEST - Pick the BEST"
Major
"Reduced my case from extreme to regular DUI."
Juan S.
"He fought for me and treated me with great respect."
Chanel X
"Saved my life"
Matt
"His availability is completely unmatched."
Jurgen L
"Highly Recommended"
Annonymous
"I can't thank him enough for his dedication, skills, and knowledge."
Jlexx
"Aaron kept in contact with everything going on. He was able to get me absolutely no jail time."
Baily b.
" I would recommend Aaron to anybody fighting a DUI case."
Annonymous
"Incredibly Proficient, Incredibly Human"
Previous Client
"Attorney Aaron Black was a gift!! He did the research, presented the evidence and I did NOT go to prison or jail. I am eternally grateful."
Dr. Soki
"I was thoroughly impressed with Mr. Black's calm yet confident demeanor and ability to turn up the heat when necessary. "
Jeff M
I understand that good people sometimes find themselves in bad situations. - Aaron Black
In the News