The portable breath test and Women 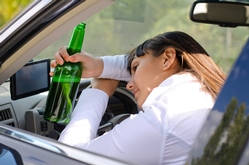 As you probably know, many variables cause alcohol to affect people differently. Stomach content and the time that the drinking occurred factor in on how the alcohol is absorbed into your bloodstream and how quickly it gets to the brain.

Men and women absorb alcohol differently, as a matter of fact, women reach a higher BAC (blood alcohol content) quicker than men because they have less water in their body and more fat tissue. The fat tissue alone is not easily pierced by alcohol. Women also metabolize alcohol more slowly, and variations in hormonal levels can cause women to become intoxicated faster.

Did you know when consuming alcohol, a man, and woman of the same height and body weight when drinking the same amount of alcohol, the woman will be affected more rapidly than the man?

When it comes to determining if a woman is over the legal limit, common tests such as the field sobriety and chemical tests were developed for a man. Therefore, the results can be biased against women.

The Portable Breath Test (PBT) alone was originally designed for an “average man’s” lung capacity. A woman’s lung capacity is smaller than a man’s, and because of this when a woman blows into the breathalyzer it can cause it to read at a much higher level. Simply put the breath machines do not differentiate breath samples between males and females which could make the test inaccurate in determining the actual blood alcohol level of a woman.

The PBT breath test given at the scene is not admissible in court and it will not be used against you. However, if you are taken to the station and blow into the Intoxilyzer 8000 (big breath machine hooked to a computer) there are defenses.

The list below is a partial list of common legal defense against the Intoxilyzer 8000 breath test. If you are a woman and have been charged with a DUI contact DUI attorney Aaron Black in Phoenix for a free consultation or call 480-729-1683.