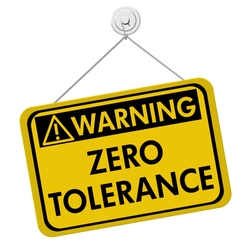 Have you noticed new “Entering Safety Corridor” signs along the I-10 in downtown Phoenix? In a push to enforce “hazardous violations” such as unsafe lane changes, speeding, driving under the influence (DUI) and tailgating, state troopers will be enforcing zero tolerance along many corridors in Phoenix.

Many of the corridors marked for zero tolerance are known areas for DWI’s, aggressive driving and driving without a seatbelt. In addition, Troopers may also pull you over for going just a few miles per hour over the speed limit which generally is a pretext to check for impaired driving or other reasons that are generally unrelated to speeding.

Funded by a grant from the Governor’s Office of Highway Safety, State Troopers aren’t the only thing you need to be aware of as the $120,000 grant also includes aircraft to assist in patrolling the corridors.

A civil speeding citation generally doesn’t warrant a criminal defense attorney however if you have been charged with a criminal speeding ticket or a DUI I encourage you to seek legal representation.

Drive safely not just in the safe corridors rather anytime that you get behind the wheel of a car.

If you have been charged with criminal speeding or a DUI contact the Law Office of Aaron Black for a free consultation today at (480)729-1683.