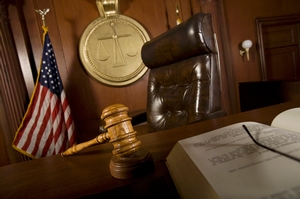 At a recent social event a gentleman asked me why I defend criminals. He referenced heinous crimes, people who were “obviously” guilty and repeat offenders. His question is not unusual considering the violence, depravity, and decay of civility in our society today. Nor is it a surprise considering the intolerant attitudes held by many toward those accused of crimes, in some ways primed by crime news and true crime TV shows.

Intolerant attitudes were also held in England centuries ago and the abuses of the crown led to the colonies binding together under a constitution that rectified those abuses in the criminal realm, such as requiring a person to testify against himself and condemning people to prison without allowing them to challenge their accusers.

The founders of our nation stopped those long-standing government abuses by adopting the Bill of Rights in the U.S. Constitution. And that living document was part of my answer to the gentleman’s question - everyone deserves, and is entitled to, a fair trial under law.

The accused has a number of guarantees under the Bill of Rights including the presumption that people are innocent until they are legally proven guilty.

The Fifth Amendment affords: The Sixth Amendment requires: Additionally, the Fourteenth Amendment of 1868, which isn’t part of the Bill of Rights, established that due process is also the legal obligation of the states.

Criminal defense attorneys, and lawyers practicing in every area of law, have an ethical duty under the American Bar Association’s Model Rules of Professional Conduct to ensure that every client receives ethical representation, no matter what crimes are committed.

If the defendant admits guilt to the lawyer, that information falls under attorney-client privilege and the attorney cannot divulge that knowledge to anyone.

An attorney who fails to perform ethically can be suspended or even barred from the practice of law.

Even with all these rights innocent people are convicted. The Innocence Project estimates that between 2.3 percent and 5 percent of prisoners in the U.S. are wrongly convicted. It’s the moral and legal duty of every criminal defense attorney to do their upmost to protect clients and provide the best defense possible.

I practice criminal law in Phoenix, AZ and surrounding areas to ensure that investigators are performing their work honestly. I read, for example, that in a case an investigator placed the fingerprint of a suspect at the crime scene. Upon that fabricated evidence the defendant was wrongly convicted.

Also, investigators don’t always consider evidence that is favorable to the defendant. They’re looking for incriminating evidence and so that’s what they find. It’s the defense attorney’s duty to aggressively challenge the voracity of the state’s evidence, to doggedly perform an independent investigation to discover mitigating evidence, perhaps finding other suspects, and to build the best defense possible under the rules of law.

A criminal defense attorney can’t allow personal attitudes and feelings about the crime or the accused to interfere with the development of the defense.

I build common ground with those I represent and I want them to know I see them as individuals and that I’m on their side and will work hard for them. This is why you see defense attorneys standing with their clients as the verdicts are read.

Taking the criminal case to trial

A trial can be won or lost in jury selection. Both sides select the jurors. During voir dire in which the potential jurors are interviewed, I watch their body language, which can hint about their biases. Many jurors are ready to convict because of the attitudes noted earlier. I won’t question a potential juror if I can tell an open mind lies behind those eyes.

Before trial, I look at their backgrounds for anything I might be able to use in my closing argument that they can identify with, and maybe foster a reasonable doubt, which can lead to an acquittal.

High profile crimes attract the media and all the reports of the fresh crime, the investigation, the apprehension of a suspect, and the suspect’s photo is widely shown in the various media outlets. Can a defendant get a fair trial with all that negative publicity is an open question that defense lawyers must gauge.

Potential jurors can be swayed by media reports, but once they hear the defense’s case their attitude can be changed. In some cases the local publicity is so thick that the trial has to be moved to another city in the state.

Why I practice criminal defense

Fair trial is embedded in me. I’m from a family of criminal defense lawyers. I began my legal career as a public defender representing people who didn’t have the resources to retain a lawyer.
I chose criminal defense work as a career for the following reasons. My goal for each client that I represent is to get the state to dismiss cases long before trial or to negotiate a plea agreement that benefits a person who made a mistake.

I don’t know if my short answer to that gentleman’s question that evening really had an impact on his misguided impression of criminal defense attorneys. But at least I reminded him that the constitution has made fair trials the rule of law. And for that he should be thankful.