What if the Police don’t read me my Miranda rights? 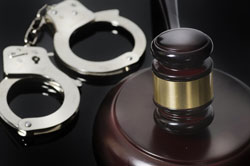 If you have been pulled over for a DUI in Scottsdale and charged with a DUI you were probably read your Miranda rights. Please be aware that when the Police pull you over they will wait as long as possible before they make an arrest in order for a suspect to say as much as possible and that information can lead to an arrest. After an arrest is made you must must read you your Miranda rights, better  known as a Miranda Warning.

A Miranda warning is simply a right to silence warning given by the police before you are interrogated. By informing you of your rights, they are preserving the admissibility of your statements in criminal proceedings.

If your Miranda rights are not read, the consequence is that the statements made by the person that has been arrested cannot be used at trial. Of course your DUI case will not be dismissed however, if the defendant wants to testify at his own trial the statements can still be used against him for impeachment purposes.

We all have a Fifth Amendment Right to remain silent and if you are stopped by the police for suspicion of DUI in Scottsdale, Arizona you will be asked if you have been drinking. Please know that you do not have to answer and I firmly believe that the best thing a person can do when being confronted by the police is to ask for a lawyer and say nothing, regardless of whether or not you are under arrest.

If the Police stop you for DUI, I recommend the following

To learn more about your Miranda rights in Scottsdale, click here to contact me or call to set up a free consultation today 480-729-1683.