What criminal offenses in Phoenix are considered misdemeanors versus felonies? 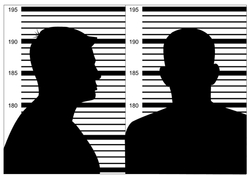 Criminal charges in Phoenix include a wide range of offenses. From a DUI to domestic violence, theft, murder or manslaughter, depending on the offense they can be classed as either a misdemeanor or a felony.

Please note that if you are sentenced to probation on any of the above listed felonies a judge can still sentence you up to a set sentence of one year in county jail (Tent City) and if you have prior felony convictions then prison becomes mandatory.

If you have been charged with a criminal offense in Phoenix, Arizona you need to seek immediate representation by a qualified criminal defense attorney as quickly as possible. With life-altering punishments and ramifications it is imperative that you check their qualifications and I recommend that you interview several attorneys before making a decision.

To learn more about criminal defense in Phoenix, click here to contact me or call 480-729-1683 for a free consultation today!