What is considered Unlawful Imprisonment in Arizona? 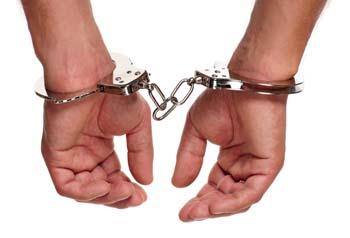 Unlawful imprisonment, also known as false imprisonment, can occur in numerous situations that some people may not recognize as a crime until they’re arrested.

Let’s break down this crime.

In shoplifting situations the proprietors of stores are protected by the shopkeepers privilege doctrine. This means that the store’s manager or loss prevention employee who reasonably believes that a person in the store is shoplifting or attempting to steal can lawfully detain the suspect.

The shoplifting suspect who is detained but not arrested or charged may have a successful civil lawsuit for financial compensation. But the shopkeeper has an “affirmative defense” against prosecution if credible evidence is presented supporting the decision to detain. An affirmative defense negates criminal or civil liability.

As witnessed by the North Carolina woman who tried to escape her boyfriend from a moving car, unlawful imprisonment often occurs in domestic violence cases when tempers are hot and fear real.

Domestic relationships are defined in Arizona law as marriage; common law marriage; a child of the defendant’s regardless if parents currently live together or have shared the same household; in a dating relationship including engagement with the defendant; a current or former household member; and an individual who is a parent, stepparent, child or stepchild who is or has been in a living situation with the defendant.

The following defenses are allowed under Arizona law.

Arizona statute prosecutes this offense as a class 6 felony, the least serious felony offense. If the person detained is voluntarily released without physical injury at a safe place, the crime is reduced to a class 1 misdemeanor, the most serious of the misdemeanor range.

A felony conviction has severe outcomes including significant fines and incarceration followed by community service and probationary restrictions ordered by the court. Beyond those, the convicted felon cannot vote in state and federal elections and the Second Amendment right is revoked. While trying to rebuild their lives college applications can be rejected, a job can be lost or hard to get and it can be difficult to rent a place to live.

The defense begins with a critical eye examining the police report and forensic evidence for flaws such as omissions and fabrications. The defense conducts its own investigation of the case challenging the admission of evidence, the credibility of the alleged victim and other witnesses and their statements.

The defense’s goal is a dismissal but if the state has a strong case, it may be possible to negotiate a plea agreement with the prosecution to reduce the charge with less harsh punishments.

If you or a loved one is suspected or arrested for unlawful imprisonment, don’t second guess the situation. The impacts of a conviction are too serious.

Contact Phoenix Criminal Defense Attorney Aaron Black or call (480)729-1683 for a free telephonic consultation. Aaron defends clients in all city, state and federal courts and is available 24 hours a day, 365 days a year.