What is Nolo Contendere in Phoenix, AZ? 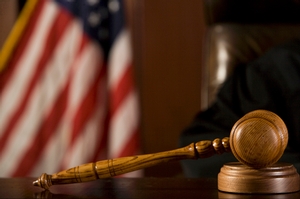 Nolo Contendere in Phoenix is commonly referred to as pleading No Contest or Standing Mute. Pronounced “NO-lo kawn-TAWN-dray,” it is Latin for “I will not contest.” I strongly urge you to contact a Criminal Defense Attorney before entering a No Contest plea.

3 Types of pleas when facing criminal charges in Phoenix

After a No Contest plea is entered the Judge will immediately proceed with sentencing. If you are facing felony charges sentencing may be set at a later date by the Judge.
A Not Guilty plea at the arraignment will then proceed to a PTC (Pre-trial Conference) or a formal trial date.
After a Guilty plea is entered in court the Judge will usually proceed with sentencing unless you are facing felony charges. Felony sentencing is generally set at a later date and time.

At the arraignment you will be advised of the formal misdemeanor charges against you and the court will determine if you are entitled to a public defender. Public defenders are appointed if you are indigent and the prosecution is seeking jail time for the crime that you have been charged with.

Often times, arraignments are merely a formality and very little happens. In fact, if you hire a private criminal defense attorney prior to the Arraignment date, your attorney will most likely file a Notice of Appearance, enter a Not Guilty Plea, and waive your appearance. Your case will then be set for a pre-trial conference (PTC). A pre-trial conference is a court setting in which the status of your case will be reviewed by the court.

At the Initial Pre-Trial Conference in Superior Court, the trial date is typically set. The IPTC is usually when the prosecutor makes the first plea offer. Typically this is a very short hearing in the morning with about twenty other individuals who are all set for the same kind of hearing at the same time and the defendant will do very little talking, and he/she will only say his/her name and your lawyer will do the rest

If you have been charged with a crime and are thinking about pleading Nolo Contendere, do not go alone! Contact Phoenix Criminal Defense Attorney Aaron Black or call 480-729-1683 for guidance, counseling, and a ferocious defense.