What Happens if My Child Is Arrested for a DUI?

As a parent, you want your child to drive safely and responsibly at all times. However, children often make mistakes, and you could find yourself in a situation where your child is arrested for a DUI. The consequences for an underage DUI can be severe, so it is important for you and your child to obtain legal representation as quickly as possible. A DUI defense lawyer can provide you with legal advice and defense options to help improve your child’s chances of receiving a favorable outcome. The goal is to help reduce or eliminate the DUI charges your child is facing. 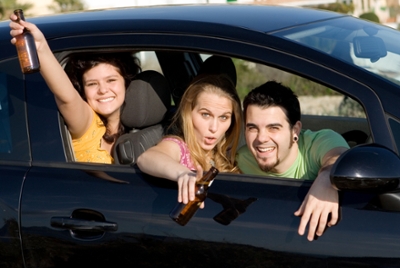 In Arizona, any person under the age of 21 is banned from consuming alcohol. The state has a zero-tolerance policy for any driver under the age of 21 who is caught drinking and driving. While the legal blood alcohol limit (BAC) for an adult in Arizona is 0.08 percent, drivers under the age of 21 with any amount of alcohol in their system are subject to arrest and will likely face a DUI charge.

The laws in Arizona are designed to discourage anyone under the age of 21 from drinking and driving. If your child is arrested for a DUI, then he or she could potentially suffer some severe consequences. You should consult with a Phoenix DUI attorney as soon as possible and have him or her evaluate your child’s case.

Penalties for a Baby DUI in Arizona

The penalties for a baby DUI will depend on the age of your child. For a minor under the age of 18, the juvenile court system will handle his or her DUI charge. In most cases, harsh penalties such as jail time and heavy fines for a DUI conviction are not given to a minor. Instead, a minor with a DUI conviction will likely receive a two-year license suspension and have a criminal record that shows up on background checks.

However, if your child is between the ages of 18-21, then the consequences for a DUI conviction could potentially be more severe. For this age group, the penalties for a DUI conviction are typically the same as an adult DUI conviction. If found guilty, your child could face many sentencing options, including: No matter the age of your child, having him or her receive a DUI conviction is no laughing matter. The penalties for a baby DUI in Arizona can impact your child for the rest of his or her life. You should take your child’s DUI charge seriously and put forward the best legal defense possible. An experienced DUI lawyer in Phoenix will know the many alternatives and lesser pleas available to underage defendants and can help you and your child craft a compelling defense.

Common Defenses for an Underage DUI

If you are looking for an effective defense for your child’s underage DUI charge, then you should consider hiring a defense attorney near Phoenix, AZ and the surrounding cities. An experienced defense attorney will examine every piece of the prosecution’s evidence and come up with an aggressive defense strategy. The most common defenses for an underage DUI charge in Arizona include:

Lack of Probable Cause

If your child was arrested for an underage DUI, then an officer must have proper reason to suspect your child was drinking. If no probable cause existed, then your child’s arrest and DUI charge may be considered invalid.

Lack of Reasonable Suspicion to Stop

Along with probable cause, an officer must have reasonable suspicion to stop and detain your child in the first place. If an officer’s suspicions are based on characterizations such as race, sex, religion or sexual preference, then your child’s arrest and DUI charge may be considered invalid.

Can Parents Be Held Responsible for Their Child’s Underage DUI?

Was your child arrested and charged for underage drinking and driving? If so, then it is natural for you to wonder if you can be held legally responsible for his or her actions. The answer will depend on the facts of your child’s particular case. For example, if the prosecution proves you supplied your child with alcohol, and a serious or fatal accident occurred as a result, then you could be held criminally liable for “malicious or willful misconduct” and be sued for monetary damages in civil court.

If your child is facing an underage DUI charge, then you should obtain legal representation as soon as possible. A Phoenix DUI defense lawyer will use his or her courtroom experience to garner the best possible outcome for your child and help you defend yourself if you are facing criminal or civil charges.

If your child was arrested and charged for underage drinking and driving, then it is crucial that you retain a highly-skilled and experienced Phoenix underage DUI defense attorney.  At the Law Office of Aaron M. Black, you can schedule a free, confidential legal consultation and learn more about your child’s options for a defense.

Attorney Aaron Black is well-versed in Arizona criminal defense law and widely-considered to be an effective DUI trial lawyer. He can answer all your questions about baby DUI’s and give you his thoughts about your child’s particular case. Call today at 480-729-1683 or fill out an online contact form to receive professional, personal and excellent legal representation.