What Happens if I Get a DUI While Driving On a Suspended License In Phoenix, AZ? 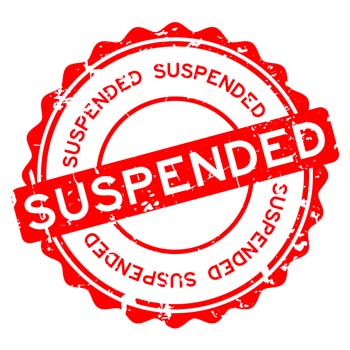 If you were arrested for driving under the influence of alcohol or drugs in Phoenix and the officer discovers your Arizona driver’s license is suspended you’re in for double trouble.

Because your license was suspended, the prosecution can elevate the class 1 misdemeanor DUI charge, the most serious of misdemeanors, to a class 4 felony that has more serious penalties.

The prosecutor can also file a class 1 misdemeanor charge for driving on a suspended license.

A DUI conviction under Arizona Revised Statute §28-1381(K)(4) allows the court to order the Arizona Motor Vehicle Department (MVD) to suspend a driver’s license for one year and charge your license with eight points. The suspension end date is extended because of the DUI.

If you plead or are found guilty of driving on a suspended license, you’ll be placed on probation when your sentence is fulfilled and your misdemeanor conviction will show up on employment and rental background checks.

On the bright side, your vehicle won’t be impounded for driving on a suspended license alone. This is courtesy of a new law effective this year that saves people in this situation hundreds of dollars in impoundment fees and hassling with the impound lot.

Common Ways to Get Your License Suspended

The privilege to drive can be suspended for these reasons:

Some people think that once the suspension’s time period is over they’re automatically allowed to drive again. That’s wrong. The license holder needs to read the tiny print on the back of the suspension notice but it doesn’t tell you that you must pay $10 for reinstatement. The application for reinstatement is on the MVD’s website.

“Knowingly” driving on a Suspended License

A defense for a suspended license is you didn’t know it was suspended. When a court-ordered suspension is processed, the MVD will notify the license holder of the suspension. But if the holder didn’t let the MVD know of an address change the notice isn’t received. The law says you had to “knowingly” drive on a suspended license.

If you discover your license has been suspended, it’s best to quickly react. For example, if your auto insurance lapsed quickly renew your policy.

Several DUI defense theories are available. The defense will work to find holes and errors in the state’s evidence.

Areas to be explored are… A plea agreement in some cases can reduce the charge to a less serious offense with more lenient punishments in return for pleading guilty to the reduced charge.

In some first-time DUI cases, the state may agree to levy a “wet reckless” charge, a misdemeanor signifying that some amount of alcohol was involved.

If your case is elevated to a felony, your life will become difficult if you’re found guilty. A felony conviction means time in prison and fines and surcharges that reach into four figures.

You’ll also be stripped of two Constitutional rights – to own and possess a firearm and the right to vote in elections – and likely will have trouble finding or keeping a job.

Moreover, you’ll find it difficult to convince a landlord or apartment complex manager to rent a place for you to live because they need to protect the safety of their tenants.

Will a DUI Lawyer get me a Better Outcome?

I encourage you to hire a skilled DUI defense attorney who is also well-versed in the MVD’s Administrative Law’s reinstatement hearings. if your driver’s license is in jeopardy. The reinstatement process can be problematic and it’s not something you’ll want to do yourself.

For example, most people don’t know that there are only 15 days from the DUI arrest to request the hearing. Failing to meet this deadline can bring a 90-day license suspension.

Finding yourself charged with a DUI and driving with a suspended license you need to quickly know what your prospects are. Your freedom and mobility are at stake.

Getting charged with a DUI and losing the privilege to drive can make your life very complicated.

I defend those charged with a DUI and license suspension cases in Arizona’s justice, municipal, state and federal courts.