What Does Drug ‘Threshold’ Mean in Phoenix, Arizona? 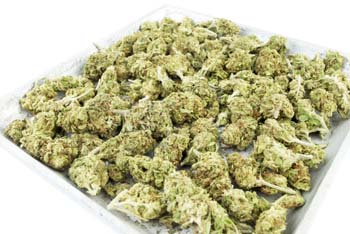 Arizona has tough laws for dangerous drugs and among them is a “threshold” amount. This is determined by using one or more of three criteria - the quantity, weight, or street value of $1,000 or more of the perilous drug authorities found in your possession.

Note that the weight includes “the entire weight of any mixture or substance” under Arizona Revised Statute §3401(39).

Breaching one of these thresholds is sufficient reason to be charged with manufacturing, transporting, selling, transferring, or offering to do one or more of them. At threshold levels, law enforcement assumes that you intended to sell the drugs even if your true intent was personal use. Scales, packaging and other evidence don’t have to be found.

The Arizona Revised Statute §13-3401(36) defines the threshold amounts of these common unlawful substances:

Those who possess a threshold amount of drugs will face a class 2 felony charge, the second most serious of the felony range. Possessing equipment for manufacturing dangerous drugs is a class 3 felony. If convicted of these threshold levels, the sentence includes lengthy prison terms and thousands of dollars in fines.

The punishment for repeat offenders increases the prison sentence and fines under the state’s sentencing guidelines.

Felony convictions also mean the Second Amendment’s right to bear arms and right and civic duty to vote are rescinded. Beyond those penalties, felons can be fired from their jobs and those who have professional licenses, such as teachers and financial consultants, may lose their license to practice their profession.

On the Homefront, finding a place to live will be difficult because landlords have a legal duty to protect their residents.

A period of probation begins after release from prison and can complicate your life by requiring you to meet regularly with a probation officer. And if you violate any of the terms of probation, such as successfully completing drug education classes, you’ll be returned to prison.

A felony conviction stays on the criminal record for life.

What should I do when questioned by Authorities?

Before an arrest is made, authorities need to gather evidence from your statements, and that’s dangerous to your defense. That’s because anything you say will be used against you. You have the right to decline to answer questions under the Fifth Amendment and it’s advisable to respectfully invoke your right to remain silent at the outset.

You also have the right under the Sixth Amendment to have a defense attorney at your side during questioning to protect your rights.

At the moment of arrest Authorities must advise you of those two Constitutional provisions, also called Miranda rights, but they can start asking away without telling you anything.

An experienced Criminal Defense Attorney is crucial to achieving the best possible defense theory based on the facts involved.

The defense will conduct an aggressive and thorough probe of the state’s evidence and procedures. This includes challenging the credibility of a witness who is trying to implicate you by investigating the witness’s character and any previous brushes with the law.

Long before trial, the defense may be able to move for suppressing certain state evidence so it can’t be used against you.

Should the prosecution have a strong case, it can benefit you to enter into a plea agreement, which often happens to reduce the court calendar and save taxpayer money. By agreeing to plead guilty to a less serious charge, the punishment is reduced. But that choice is yours alone.

To be convicted in Phoenix, AZ you had to have knowledge of the drugs, and being in close physical contact with the drugs, the state assumes you did know. For example, a truck driver has no knowledge that the load they are carrying includes a lot of drugs and is in close physical contact with them. Your defense attorney must develop evidence to establish reasonable doubt.

It may be prudent to cooperate with authorities to show you had no intent but be sure to have an experienced criminal defense attorney with you to protect your rights and your freedom.

The entrapment defense is doing something you wouldn’t have done without authorities pushing you to do it. It’s a problematic defense. Under Arizona Revised Statute §13-206 to use entrapment as a defense, you must admit to the substantial elements of the crime. Law enforcement officers and their agents are allowed to use a ruse or to conceal their true identities, so they can lie to you.

Investigative errors such as…

Contact Phoenix, AZ Criminal & DUI Defense Attorney Aaron Black or call (480) 729-1683 for a free, confidential legal consultation. I will listen to your side of the story and ask questions along the way and answer your questions.

I am available day and night every day including weekends and holidays. I’ll promptly respond unless I’m in court.

I have a record of aggressively defending clients while providing personalized service. You can rest assured that you won’t be handed off to a legal assistant.