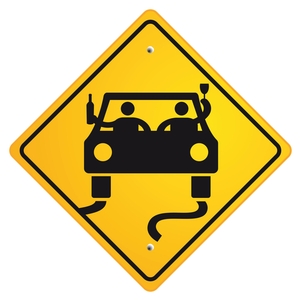 If you’re arrested in Scottsdale on suspicion of Driving Under the Influence (DUI) your driver’s license will be suspended for 90 days under the Per Se Doctrine in the Arizona Revised Statutes Section 28-1385. This Latin legal term simply means something that is inherent or self-evident must be accepted as such.

At the traffic stop, the arresting officer was required to tell you if you didn’t allow to be tested for impairment your license would be suspended for a year, but if you submitted to a breath, blood, or urine test the license suspension would be only 90 days. So you took the test.

I advise my clients to respectfully decline testing because to prove its case the prosecution only needs to prove your blood alcohol concentration (BAC) reached or surpassed 0.08 percent, or 0.04 BAC for those who drive commercial vehicles, or that the test showed you had been using drugs. A drug includes marijuana, cocaine, PCP, and certain prescription medications, and its presence is determined by the drug’s metabolite, which is the byproduct of the original drug.

When your driver’s license is confiscated

The arresting officer can confiscate your Arizona driver’s license. The officer will give you a pink and yellow administrative per se form carried in the patrol car to serve as your license for 15 days. For identification purposes, use a passport or other identification but don’t bother applying for an Arizona ID card.

If the officer did not give you the admin per se form it will come to you in the mail, so it’s crucial that the Arizona’s Motor Vehicle Division (MVD) has your current address.
Drivers whose licenses are issued by another state don’t surrender their licenses although their driving privilege in Arizona is suspended. However, the state that issued the license may suspend or revoke its license.

The license per se suspension and the DUI charge you are facing, though related, take different paths through Arizona’s legal system, comprised of administrative, civil, and criminal proceedings. The suspension of your license is an administrative act and cannot become evidence supporting the criminal DUI charge.

Exercising your right to an administrative hearing

You have only 15 days from the date of your arrest to ask the MVD for an administrative hearing  before an administrative law judge. Failing to do so means the suspension takes force on the 16th day. Asking for a hearing allows you to continue driving beyond those 15 days while awaiting the hearing, which may not be held or decided for two or three months after requesting it. That at least buys you some time to continue driving.

The MVD mails you the suspension notice if your license was not confiscated at the arrest, allowing you 20 days to apply for a hearing.

An application for a hearing must be in writing and explain why the MVD should not suspend your privilege to drive.

At the hearing, the administrative law judge will hear evidence and testimony from you and the arresting officer and determine by the preponderance of the evidence if the arresting officer had a legal reason to stop you, place you under arrest, and if the results of the test were accurate and showed the illegal limit of 0.08 BAC or more.
Don’t attempt to represent yourself at the hearing. The best thing to do is have competent legal counsel who is experienced handling these administrative proceedings represent you, and I’ve counseled many clients through this procedure.

The result of this hearing is not admissible in your criminal court case because the law and the issues are not the same in those two venues. Criminal proceedings use the beyond a reasonable doubt level of proof, which is a higher standard than the level of proof in administrative law.

Winning the hearing doesn’t mean your license won’t be suspended if you’re convicted of DUI later in a criminal court.

Conditions for getting temporarily behind the wheel

For the first 30 days of the 90 day suspension you can’t drive at all. You must also finish alcohol screening. You’ll meet for an hour with a counselor who’ll determine how long you need to complete this legal requirement toward license reinstatement, 18, 32, or 54 hours of alcohol abuse classes.

There are several screening locations in the valley, including the Scottsdale Treatment Institute.

In getting a restricted license you’re required to have an ignition interlock device that prevents your vehicle from starting if the device detects alcohol on your breath. It is your responsibility to have the device installed in your vehicle at an authorized third party and pay for the installation and the monthly rental fee.

You’ll also need to provide proof of having the state’s minimum auto insurance coverage, called SR22. A DUI conviction can cause your insurance carrier to raise your rates or cancel your coverage.

The restricted license only allows you to drive to work, court, school, the alcohol abuses classes, your attorney’s office, or to your probation officer appointments. You don’t necessarily have to finish the hours of alcohol education classes, but if you are convicted of DUI the judge may require that you finish.

If your physical license was confiscated you can have it reinstated when the 90 day suspension ends but you’ll need to make a trip to the MVD to do it.

Get a complementary case assessment

Find out your legal options and protect your rights for free. I’m a DUI defense attorney with years of experience defending these cases so I can evaluate the circumstances of your license suspension and advise you of your options for both the suspension and the DUI charge.