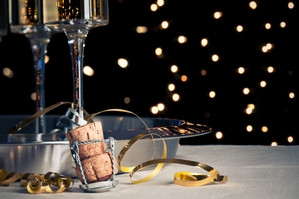 The Phoenix Business Journal reported several revelers utilized Uber to ring in the New Year. In fact, there were 2,554 riders who used the Uber app for multiple stops and split fares. Uber began in the Phoenix area in July.


With the harsh penalties for drinking and driving in Phoenix, AZ, by utilizing Uber 2,554 partiers got home safety, and more importantly, they didn’t hurt anyone in the process.

According to the CDC (Center for Disease Control & Prevention) Motor Vehicle Safety report, in 2015 10,625 people died in an alcohol-impaired driving-related accident which is nearly one-third of all traffic-related deaths in the United States.

In 2016 there were over 2,000 drivers arrested in Arizona for a DUI during the holidays which of course could have been avoided if they had contacted Uber, hailed a taxi or designated a driver before the party began.

If unfortunately you were arrested for a DUI over the holidays in Phoenix help is a phone call away. The Law Office of Aaron Black focuses on defending those who have been charged with drinking and driving.

What can you expect?

There are many factors that go into successfully defending clients and investigating the circumstances at the time of the arrest is crucial to the outcome of your case.

If you or someone you know was arrested on New Year’s in Phoenix, contact the Law Office of Aaron Black for a free legal consultation or call 480-729-1683.