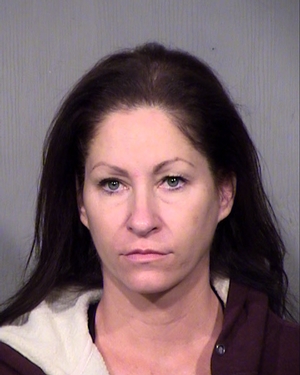 Life can drastically change in an instant. One life horribly ended and another devastated and a promising career ruined.

Remember: After a late August 2017 night of drinking attorney Tracy S. Morehouse was charged with running her 2014 Tesla sedan at 84 mph into a motorcyclist who was stopped at a traffic light in Scottsdale, AZ instantly killing the rider, Greg Dolphin, 45, a high-tech surveying equipment specialist. Electric cars don’t make much noise so likely he didn’t know he was in danger.

She hit Dolphin after striking a first car within a half mile and sped away reaching more than 100 mph on Scottsdale Road, police said. Scottsdale police’s breathalyzer test reported her blood alcohol concentration (BAC) at .355 - more than four times higher than Arizona’s 0.08 percent legal limit.

Morehouse, then 46, is nearing trial 14 months later for second degree murder, two counts of endangerment and one count of leaving the scene of a crash, and operating a vehicle while in super extreme level of intoxication, all felonies. A settlement conference is scheduled for Nov. 9 this year, her pretrial conference is set for Dec. 4, and the trial date is Dec. 11, according to the Maricopa County Superior Court Criminal Court docket.

Separately, Morehouse can be sued in civil court by Dolphin’s survivors for wrongful death seeking monetary damages even if she is acquitted.

Disbarment and loss of a career

The Arizona Bar Association disbarred Morehouse after 14 years in successful practice without a single complaint. It’s not necessary to wait for verdict to be disbarred and Morehouse did not contest the bar’s ruling.

We don’t know her side of the story yet or what her defense entails, or if the case will end in a plea agreement negotiation with the state. DUI defenses include involuntary intoxication, a malfunction with the vehicle, or a supervening situation. These require extensive analysis and expert testimony.

Then another DUI fatality

Thirteen months after that disastrous event in Scottsdale, AZ 26-year-old Jacqueline Racquel Sayre driving in downtown Phoenix on September 27 crossed the center lane slamming into an oncoming sedan carrying five people killing the front seat passenger and seriously injuring others. Her breath test revealed a .202 BAC. She was charged with manslaughter, aggravated assault and endangerment.

With a DUI of more than 0.15 Sayre is facing a minimum of 10 ½ years and a maximum of 21 years in state prison for the class 2 felony.

Second degree murder, ARS § 13-1104 (A) (3), is charged if the defendant displayed “extreme indifference to human life” through recklessness causing death. Other than DUIs this also applies to racing on the roadways, road rage, driving the wrong way on the freeway, or fleeing from police.

The manslaughter statute, ARS §13-1103, Sayre is facing is less severe and is based on “reckless disregard “for the life of others. Arizona does not have a specific statute for vehicular manslaughter but the scope of the manslaughter term is broad and includes vehicles.

Consequences upon a DUI Conviction

Conviction of a first offense for second degree murder in Arizona law provides for a minimum of 10 years in state prison, a presumptive sentence of 16 years, and a maximum of 22 years. In this charge the law doesn’t allow time off for good behavior or an early release.

As you can tell the consequences of a fatal DUI conviction are destructive.

Arizona like many other states has a “zero tolerance” for drinking or taking illicit or prescription drugs and driving. The law specifies that the “slightest impairment” is cause for arrest and conviction. Killing someone while driving intoxicated means prison and financial ruin.

If you’re stopped on suspicion of DUI politely tell the officer you invoke the right to remain silent and request legal representation. That stops the questioning and is the crucial beginning of your defense. You’ll require the services of an experienced Scottsdale, AZ DUI Defense Attorney who is compassionate about presenting the best defense possible, like myself. I provide a free case assessment without any obligation. Contact Scottsdale, AZ DUI Defense Attorney  Aaron Black or call (480)729-1683 for an appointment and I’ll respond promptly.

As devastating as Dolphin’s violent and shocking death was and the terrible sorrow and loss still felt by his loved ones, it’s difficult not to have some empathy for Morehouse because of the guilt she must feel and the destructive turn in her life … because of one mistake - not calling someone for a ride.

Still, she and everyone are entitled to a fair and impartial trial or a disposition of her case that is in her best interest. Whatever conclusion is reached afterward her job is to begin rebuilding her life as best she can.