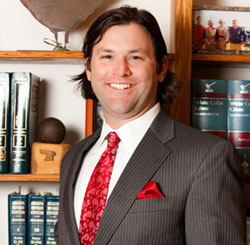 PHOENIX magazine has ranked DUI defense attorney Aaron M. Black among the top criminal defense lawyers in the greater Phoenix area in its September 2022 issue. This is the first time PHOENIX magazine conducted a survey for “Top Lawyers” in 39 legal practice areas, although it has rated other professional services rankings.
“The recognition for performing at a high level is beneficial both to the legal community and for the people who are, or will become, in need of seasoned legal representation,” said Black. “My ranking is evidence of the work, support, and dedication I deliver to the people I serve during times of trouble.”

How PHOENIX magazine made its choices

Black and the other criminal attorneys were identified by the magazine by using an online survey among 16,000 lawyers licensed to practice law and who are in good standing with the State Bar of Arizona. PHOENIX conducted a survey lasting six weeks, asking respondents to nominate attorneys.

After the survey’s participants voted, PHOENIX editors set the thresholds to capture the top 10 to 20 percent of attorneys from each category to be included in its Top Lawyers list based on the number of votes each attorney received.

Survey respondents were instructed to nominate “at least one lawyer in each of the 39 practice categories who works in a firm other than their own.” This method spread the votes democratically, the magazine stated.

The legal survey is to assist people in finding the legal representation that fits their needs.

PHOENIX magazine does not give preference in these selections to attorneys who advertise on its pages.

In 2021 Aaron M. Black received, for the 8th consecutive year, a top Phoenix DUI attorney by Phoenix-based Super Lawyer magazine. He also was invited to be a participant in an East Valley Tribune panel with a prosecutor and police officer discussing problematic marijuana DUIs after marijuana passion and use was legalized in Arizona.

About Aaron M. Black Law
Aaron M. Black is a seasoned DUI defense attorney and he understands that that good people can find themselves in legal difficulty and that they deserve the best legal result possible, and to ensure the Constitutional rights of his clients are protected. His goal is always to get the case dismissed.

Providing exceptional service is just as crucial as a fighting defense, he stresses.

Aaron M. Black Law provides personalized legal services, so clients will always talk directly to him at every step as the case goes through the legal system’s stages. No one is handed off to an assistant.

He walks his clients through the legal system’s maze to make them feel relaxed and comfortable in times of stress.

As part of his legal representation, he establishes a defense strategy to achieve the best outcome possible.

Begin your legal defense with Aaron M. Black immediately by calling 480-729-1683 at any time on any day, and he will respond promptly unless he is in court on trial. Or use the online contact form on his website.