Three Strikes and your out! 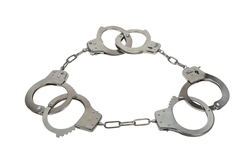 The three strikes law also know has a habitual offender in Scottsdale, AZ provides harsher punishment for those that commit a violent felony three times. Enacted in April of 2006, SB1444 requires imprisonment for those convicted of a third felony, and there are only a few exceptions where commutation may be allowed, otherwise, you will not be eligible for suspension of sentence, probation or release.

Felony convictions that count as a strike

The three strikes law applies to any person convicted of a violent felony with two previous violent felony convictions from separate incidences. Violent crimes include the following. Please be aware that the punishment will be harsher compared to those convicted of the same crime but are not facing the mandatory three strikes law in Scottsdale, AZ. Depending on the length of time between felonies, the seriousness of the crime and the order of which the crimes were committed, with the possibility of a third strike against you it goes without saying that you should hire an experienced criminal defense attorney immediately.

To learn more about the three strikes law in Scottsdale, AZ, click here to contact me or call 480-729-1683 for a free consultation today!