Think before you drink! 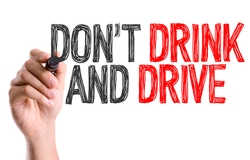 I recently read an article about a family in Monument Colorado who were on their way to Denver International Airport. The intention of the trip was a surprise trip to Disney however, they never made it to the airport as they were hit by a suspected drunk driver.

The family was stopped in traffic believe it or not, because troopers were investigating a separate DUI crash when they were also hit by the suspected driver. The impact was such that their van was pushed underneath a semi in front of them.

Drinking and driving is a decision that is often made in haste by either thinking you just had a few drinks and you’re ok to drive or you’ve had so much to drink that all sense reason is lost in the alcohol.
.
As a Phoenix DUI Attorney I have run into quite a few situations where good people sometimes find themselves in bad situations due to one bad choice. The repercussions are far beyond mandatory jail time, tremendous fines and of course the Ignition Interlock hassle and the embarrassment of having to have it installed on your car for a year, it’s also the remorse that they may face from hurting someone that they love and of course there’s the social ramifications.

With that being said before you begin drinking please make arrangements to get home by making plans to hail a taxi, rent a limousine with friends or simply designate a driver so that you may avoid taking away the trip of a lifetime for someone else or worse taking a life. A DUI can happen at any time to anyone at any place based on one decision, getting behind the wheel after you’ve been drinking.

If of course you don’t heed warning, I strongly recommend that you contact an experienced DUI Attorney in Phoenix to represent you. Not every attorney understands the complexities of DUI defense law so I encourage you to check their qualifications thoroughly before asking them to represent you.

Have questions about the DUI laws in Phoenix? Click here to contact me or call 480-729-1683 for a free consultation.