There is only one exception to getting an ignition interlock removed early in Scottsdale, AZ 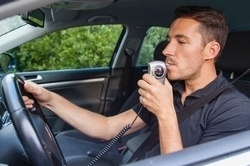 If you have been convicted of a DUI in Scottsdale AZ in addition to fines and jail time you will be forced to have an ignition interlock device (IID) installed on your car in order to get your license fully reinstated. Even if this is your first DUI, you will have to install the ignition interlock anywhere from 6 months to 18 months.

If you have been convicted of a DUI in Scottsdale and would like to see if you qualify to have the ignition interlock removed from your vehicle early, contact Scottsdale DUI Attorney Aaron Black for a legal free consultation or call 480-729-1683 today!