Thank you for helping me achieve the top 20 DUI Lawyer in Phoenix! 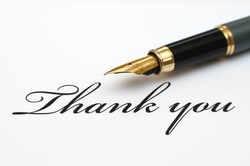 As a testament to my commitment to my clients, The Law Office of Aaron Black has been selected as one of the 20 best DUI Lawyers in Phoenix Arizona by Expertise!

Expertise creates a lists of the best local professionals in each US city to give their readers the confidence they need to make the right choice when searching for a DUI Defense Attorney. They analyze and score each business on more than 25 variables which include reputation, credibility, expertise and professionalism.

If you have been charged with DUI in Phoenix or the surrounding areas including Scottsdale, I personally and aggressively defend my clients in court against the serious charges levied upon them by the government. My ultimate goal with each case that I handle is to achieve the dismissal of your criminal case.

Understanding that good people sometimes find themselves in bad situations, the evidence may seem overwhelmingly against you, and regardless of who you choose please research and choose an experienced attorney that is able to draw from an extensive history of DUI defense in order to provide the most compelling defense strategy for your individual case. With Arizona’s penalties being some of the harshest in the country, depending on the blood alcohol concentration and history, jail can range from 1 day to 6 months for misdemeanors and up to 15 years for a felony choosing the right DUI defense attorney can mean the difference between jail time and a lesser charge.

2nd Time Misdemeanor Driving Under the Influence Above a .08 BAC (but less than .15)

$500 Fine
$420 Surcharge
$1250 Prison Fund
$1250 Public Safety Equip. Fund
$20 Time Pay Fee
$20 Probation Fee
A special thank you to my clients for making it possible for me to receive the special recognition from Expertise. As always if you are in need of a Phoenix DUI lawyer, click here to contact me or call to set up a free consultation today 480-729-1683.