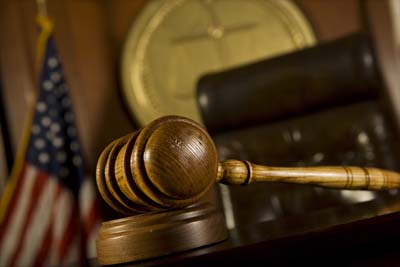 The U.S. Supreme Court voted 9-0 that law enforcement when pursuing a fleeing misdemeanor suspect does not justify entering a private home to capture the person without a valid search warrant. It is a violation of the U.S. Constitution’s Fourth Amendment.

Specifically, the justices held, “Under the Fourth Amendment, pursuit of a fleeing misdemeanor suspect does not always—that is, categorically—justify a warrantless entry into a home.”

The ruling stems from an October 2016 arrest in California’s Sonoma County. The defendant, real estate agent Arthur Gregory Lange, attracted the attention of California Highway Patrolman Aaron Weikert by driving while blowing his car’s horn with his radio blaring as he approached his home some 100 feet or about four seconds away.

The patrolman, believing Lange violated California’s vehicle code with the noise, switched on his red and blue lights in hot pursuit of Lange, who drove into his garage. As the garage door was almost closed Weikert placed his foot in the closing door’s path and the sensor raised it. Once inside the garage he asked Lange if he had seen the flashing lights and Lange responded he had not.

At this point, the patrolman allegedly smelled alcohol on Lange’s breath and ordered Lange to leave the garage for a breathalyzer evaluation. TA blood test later showed his blood-alcohol level at three times California’s legal limit and he was arrested for driving while impaired. Lange plead no contest to a misdemeanor DUI without admitting guilt.

Lange challenged his arrest but the lower court sided with prosecutors and he appealed the court’s decision. The California Court of Appeals upheld the lower court’s decision and Lange then petitioned the U.S. Supreme Court to take his case. You can read more in our previous blog post about Warrantless Searches for Misdemeanors.

Issues in arguing the case

In his petition to the U.S. Supreme Court, Lange argued that lower and federal courts are divided on pursuits in misdemeanor cases. Five states uphold that pursuits justify warrantless home entry and two federal appellate courts held that misdemeanor pursuits need to be based on urgency. Lange argued that his case “is about the sanctity of the home. The home is first among equals regarding private spaces.”

The state argued that needing to obtain a search warrant for a misdemeanor in the heat of the moment gives the suspect time to destroy evidence or to flee and avoid arrest. The state further argued that distinguishing between a suspected misdemeanor and a felony is difficult for law officers to apply because officers encounter various scenarios in the field.

The defense responded that allowing officers to enter a home for a misdemeanor would expand police powers.

The state also argued that a warrant was not necessary because the patrolman had been in hot pursuit of Lange and therefore did not violate the Fourth Amendment, which protects people from unreasonable searches and seizures of evidence. Obtaining evidence without a warrant results in the evidence is not admissible in court.

Law enforcement must have a probable cause or a reasonable suspicion that a misdemeanor is or has been committed before conducting an investigation or making an arrest.

Although ruling for Lange, the justices remanded the case to the lower court to decide if the officer’s entry into the garage was appropriate. The ruling does not establish a categorical rule for all misdemeanors in that some misdemeanors are serious.

Although finding for Lange, the justices ruled that suspicion of certain misdemeanors might find a warrantless search valid, but it is not entirely binding for all misdemeanor charges.

The justices wrote opinions raising concerns about extending an exception to all misdemeanor charges.

Justice Elena Kagan, who delivered the court’s opinion, noted that an important exception occurs in exigent cases. “On many occasions the officer will have good reason to enter -- to prevent imminent harms of violence, destruction of evidence, or escape from the home. But when the officer has time to get a warrant, he must do so – even though the misdemeanant fled."

The exigencies of the situation make the needs of law enforcement so compelling that (a) warrantless search is objectively reasonable. The circumstances of a situation need to be examined on a case-by-case basis.

Chief Justice John Roberts’ opinion, joined by Justice Samuel Alito, addressed a fleeing suspect. “It is the flight, not the underlying offense that has always been understood to justify the general rule: Police officers may enter premises without a warrant when they are in hot pursuit of a fleeing suspect.”

“We have never held that whether an officer may enter a home to complete an arrest turns on what the fleeing individual was suspected of doing before he took off.”

Justice Brett Kavanaugh in concurring stated, “I write separately to note two things: the general case-by-case rule that the Court announces today is subject to historical, categorical exceptions; and under our precedent, the federal exclusionary rule does not apply to evidence discovered in the course of pursuing a fleeing suspect.”

Justice Clarence Thomas noted that “Courts should follow the plain dictates of our precedent: Officers cannot chase a fleeing person into a home simply because that person is suspected of having committed any misdemeanor, but if the officer nonetheless does so, exclusion under the Fourth Amendment is improper. Criminal defendants must rely on other remedies.” 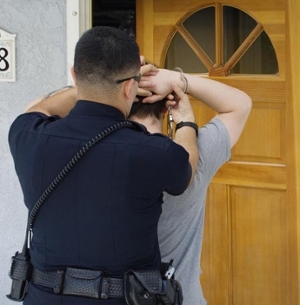 Law enforcement in Arizona cannot enter a Phoenix home without a warrant. The exception is if the situation is exigent such as in emergencies or public safety issues. The Arizona Supreme Court ruling in June 2015 upheld an appellate court decision on a case when police were called to a Navajo County residence.

Neighbors had reported a man acting strangely, who was transported to a hospital. The home contained a jar of mercury, said the home’s resident, which could harm or kill someone. Police then went into the home without a warrant.

Arizona law allows probation officers to enter the home of a person who is on probation if that is a condition of probation.

To successfully challenge a warrantless misdemeanor charge requires the services of an experienced criminal defense attorney. The law office of Aaron M. Black law has an extensive and aggressive record of defending DUI and other criminal charges, always with the goal of earning a dismissal of the charges or reducing a charge; or if necessary, negotiating a plea agreement.

In choosing me to build your defense, you will be talking to me, not an assistant, and you will receive personalized services such as standing in for you so you are not required to be in court.

Launch your defense by calling 480-729-1683 at any time day or night, holidays and weekends and I will promptly respond unless I am in court. Or use my online contact form.

I defend criminal cases in federal, state, municipal, and justice courts in and adjacent to Maricopa County.

For the 8th consecutive year, I have been named a 2021 DUI Super Lawyer in Phoenix.

The National Association of Distinguished Counsel places me in the top one percent of the finest lawyers in the nation.

The National Trial Lawyers Association rates me among the top 100 trial lawyers in the U.S. Learn more about Criminal Defense Attorney Aaron Black.