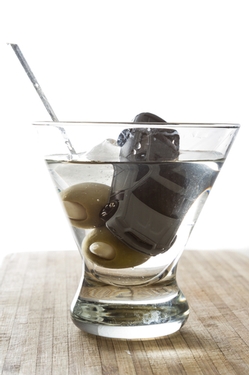 Some out-of-state visitors who are arrested for drinking and driving and charged with a super extreme DUI will have a more complicated time because both state jurisdictions come into play.

Those who have a driver’s license from another state and who is arrested for a super extreme DUI under Arizona Revised Statute 28-1382 if their blood-alcohol concentration (BAC) reaches 0.20 percent or more, a class 1 misdemeanor will be filed.

A super extreme DUI is pretty much obvious to a traffic officer because the person is dazed, confused, disoriented and needs assistance to stand or walk and can feel nauseated.

You don’t have to be driving in Arizona to be charged with a super extreme DUI. All you have to be is in “actual physical control” of the vehicle. This means that you can be parked with the ignition key in the ignition switch or in your pocket or otherwise readily accessible.

If an out-of-state driver causes a serious injury or a fatality, the DUI charge is elevated to a felony carrying long-lasting negative ramifications and other applicable felony charges are levied.

Arizona’s super extreme DUI law requires spending some time in jail, significant fines and surcharges, a term of probation along with a criminal conviction that stays on the public record for life and can be viewed by law enforcement in other states. The fines are paid to Arizona, not your home state, and you won’t be able to appeal the fines from your state.

While Arizona allows some DUI defendants sentenced to time in jail to leave confinement so they can go to their jobs, an out-of-state defendant doesn’t have that option. Visiting drivers likely will miss work. It may be possible, however, to arrange to spend jail time in your home state although you’ll have to pay for the privilege of home state incarceration. If your petition for transfer is rejected, any jail time will be served in Arizona.

Although Arizona can’t suspend or revoke an out-of-state driver’s license, the conviction will be reported to your home state for disciplinary action. Your home state may honor Arizona’s sanctions or impose other penalties required by your home state’s regulations. Arizona will issue you an Arizona license number for enforcing the local penalties.

Auto insurance companies will raise premiums or even cancel the policy no matter where the DUI conviction happened.

You’ll need a highly qualified Phoenix, AZ DUI defense attorney to achieve a result that is the least harmful to your life and finances. The attorney has several avenues to investigate and every case has a different set of facts and circumstances that may lead to establishing reasonable doubt in the minds of jurors and an acquittal.

These are the common defenses: Arizona requires a conviction if someone is “slightly impaired” while individuals have different levels of intoxication that are influenced by the person’s gender, size, weight, how fast the person’s metabolism processes alcohol, and alcohol tolerance. Regular drinkers have a greater tolerance than those who don’t consume alcoholic beverages routinely.

At trial, if the judge errors in making a legal ruling, the defendant can petition the Arizona Court of Appeals to overturn your conviction.

Entering into a Plea Agreement

The prosecution or the defense can offer a plea agreement, which is often used to speed cases through the system and save court costs. In return for a guilty plea, the state will reduce the charge to a less serious offense with a lighter sentence.

It’s imperative that you obtain legal representation at the earliest possible time while the memory of your passengers and other witnesses are still fresh.

If you have been convicted of a DUI while visiting Arizona it’s imperative that you hire an experienced Phoenix, AZ DUI Defense Attorney.

Contact Phoenix, AZ DUI Defense Attorney Aaron Black or call (480) 729-1683 for a free and confidential legal assessment of your case and what your legal options are.

I’ll listen to your side of the case and answer your questions during a confidential telephone call. I’ll promptly respond unless I’m in court.

I have a record of aggressively challenging the state’s evidence and providing personalized legal services. I defend DUI and criminal cases in justice, city, county, state and federal courts.