Succumb to Mr. Turkey and not an arrest for a DUI! 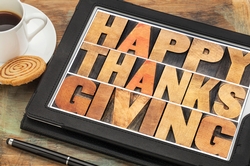 Thanksgiving is upon us and I want to wish you a safe, wonderful Thanksgiving. As you plan to spend time with family and friends I’m certain that drinking your favorite alcoholic beverage will be included, so here’s to hoping that the only thing that you succumb to is Mr. Turkey and not find yourself surrendering to an arrest for a DUI.

Phoenix has the strictest DUI laws in the nation. Did you know that even one two drinks can get you arrested for a DUI?

For example, while on your way home from your turkey dinner you mistakenly make a wide turn and a police officer witnesses you doing so. If they smell alcohol on your breath when they pull you over you will have effectively given them a reason to suspect that you have been drinking and the odds of you getting arrested for a DUI in Phoenix are very likely.

Phoenix, Arizona laws for drinking and driving under the influence of .15 BAC can amount to jail time, fines, ignition interlock device (IID). Why risk ruining the holidays by putting yourself in a situation that otherwise could be avoided. The stakes are high and should be treated as such.

$250 Fine
$210 Surcharge
$500 Prison Fund
$500 Public Safety Equip. Fund
$20 Time Pay Fee
$20 Probation Fee
Keep the holidays joyous and find thanks in the season and don’t forget to pass the keys. From the Law Office of Aaron M. Black have a safe and wonderful Thanksgiving everyone!