Stopped But Not Cited for a Phoenix, AZ DUI? A Charge is Still Possible 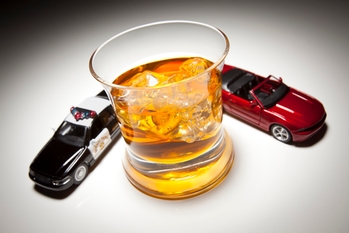 As an experienced DUI defense attorney in Phoenix, AZ I know many people think that if they’re stopped for suspicion of intoxicated driving in Arizona but they’re not cited nothing else will happen. But that’s not necessarily true.

At and after the traffic stop, police conduct their investigation and the prosecution determines if the evidence is sufficient to charge and what the specific charge or charges will be. This time frame is known as pre-charge or the investigative stage.

This staging time allows investigators to wait for the results of blood, urine, and breathalyzer tests to be verified and to develop other evidence related to the DUI to increase chances for a conviction.

In DUI cases alleging an aggravated element, law enforcement will contact Arizona’s Motor Vehicle Department to confirm the person’s identification. Then, court records are searched to determine if the person has a prior DUI conviction in Arizona or any other state, which would increase the harshness of the sentence in the current case if convicted.

It’s important to know that drivers who were allowed to leave the traffic stop without being cited mustn’t wait to be charged before getting competent legal, DUI Defense Attorney.

For those in this pre-charge stage there are things an aggressive Phoenix, AZ Defense Attorney may be able to accomplish before the police report is filed and the charge is levied.

In this early time of the case, the defense may be able to negotiate with the prosecutor to earn a dismissal before a citation is issued. That’s significantly beneficial because there won’t be a criminal record. But if the state does charge, that will go on a criminal record even if acquitted.

Other than that, the attorney in negotiations with the prosecutor may be able to reduce the DUI charge to a lesser offense of reckless driving or another traffic offense in return for pleading guilty. That can be negotiated after charges are filed, too.

The state under Arizona’s statute of limitations determines how much time can pass until charging a person with a DUI or drugged driving offense. For a misdemeanor the state must charge within one year of the traffic stop. If the state charges a felony it has up to seven years to file that more serious charge.

Other benefits of prompt legal representation is that the lawyer will contact investigators telling them that any law enforcement contact must be directed to the lawyer to ensure the defendant doesn’t inadvertently fall into a self-incrimination trap. If it comes to a pending arrest, the attorney can arrange for a surrender and for bail to ensure prompt release after arrest and booking.

After the traffic stop, the driver may be served with an administrative per se or implied consent form from the Arizona Motor Vehicles requiring a hearing to determine if the license to drive will be suspended. With prompt legal representation the attorney will have time to prepare to defend the privilege to drive.

What Not to Do at the Traffic Stop

At the traffic stop the officer will start asking questions and anything said becomes evidence documented in the police report. It’s everyone’s right to decline to answer under the U.S. Constitution’s Fifth Amendment.

For some people it can be difficult not to answer leading questions such as, “How much have you had to drink tonight?” Law enforcement knows you have the right to remain silent but that doesn’t prevent them from continuing to ask questions.

The best thing to do is respectfully invoke the Fifth Amendment at each question.

The officer will ask the suspect to take a field sobriety test, consisting of walking a straight line and other coordination tests. Declining to submit to these initial tests can result in a suspended license.

Should the prosecution decide to file charges, there are several defenses to DUI allegations.

These are the most common: The defense will perform its own investigation of the state’s physical evidence, the arresting officer’s conduct, challenge statements in the police report and the results of DUI tests performed.

In addition, the defense will work to develop evidence that is favorable to the defendant that the state may have ignored or overlooked. The police officer and witnesses will be interviewed under oath to develop the best possible defense theory.

A misdemeanor conviction for a DUI means possible jail time, expensive fines and surcharges imposed by the court and a term of restrictive probation. An arrest or conviction must be revealed in job applications, and public scorn can happen as well as suspension or revocation of a professional license.

Felons will suffer state prison, lengthy probation and fines along with losing the right to vote and own or possess a firearm. It also will be difficult to get a job and rent a place to live, although that can be argued as discrimination.

If you’ve been stopped and released without being cited, it’s time to get an experienced DUI defense attorney in Phoenix, AZ on your side and protect your legal rights.

Learn more about your legal situation in a free and confidential telephonic conversation 24/7 by contacting Phoenix, AZ DUI Attorney Aaron Black or call (480) 729-1683. I’ll promptly respond unless I’m in court.

I aggressively defend criminal cases in municipal, state and federal courts in Arizona.