St. Patrick’s Day is one of the top five DUI enforcement days of the year! 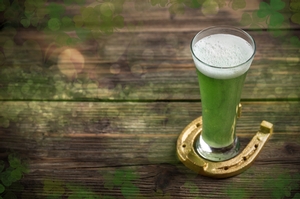 St. Patrick’s Day is March 17th which falls on a Saturday this year. The holiday often includes celebrating with corned beef and cabbage and free-flowing green beer. Don’t let your luck over the holiday be taken away by drinking and driving.

As you know, Arizona has some of the harshest penalties for drinking and driving in the nation, and DUI patrols will be in full swing. Along with Memorial Day, the 4th of July, Cinco De Mayo and New Year’s Eve, St. Patrick’s Day is one of the top five DUI enforcement days of the year.

In 2017 law enforcement made 9,814 total traffic stops over St. Patrick’s Day last year leading to 509 arrests for drinking and driving.

I encourage you to plan a head and utilize a ride-sharing program such as Uber or Lyft. Better yet get a designated driver. Even a first time DUI offense can land you in jail and cost you a great deal of money in fines.

What should I do if I get pulled over under suspicion of drinking & driving?

As a leading DUI defense attorney in Phoenix, my focus is only on defending individuals charged with serious crimes such as a DUI which carries life-altering punishments and ramifications.

Personally defending clients in all Arizona justice, municipal, state and federal courts in Phoenix and surrounding Arizona cities, when your freedom is at risk, I will "Deliver Justice and Defend Your Freedom.”

When your freedom is at risk, contact Phoenix DUI Defense Attorney Aaron Black or call 480-729-1683 to set up a free consultation.