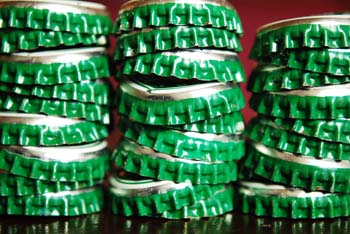 Arizona’s traffic officers want to have the luck of the Irish on their side this St. Patrick’s Day by working extra hours on Tuesday, March 17, and the weekend and day before, as revelers take to the streets with green beer to celebrate in Phoenix and Maricopa and other counties.

St. Patrick’s Day is ranked among the top five DUI enforcement days of each year. In 2019 authorities made 366 DUI arrests from Friday to Sunday, the most over the last three years, KTAR reported citing the Arizona Governor’s Office of Highway Safety information.

On St. Patrick’s Day and other holidays law enforcement in Arizona’s cities and counties are aggressively out to get wayward drivers who have had too much to drink before getting behind the wheel. Their methods are two types of targeted sobriety checkpoints.

What Happens at a DUI Check Point in Phoenix?

If you haven’t experienced a DUI checkpoint authorities direct traffic into a single file lane. Officers are standing on the road stopping every other vehicle. They question the driver and observe if alcohol is on the motorist’s breath and look for an open container by shining a flashlight around the interior. Innocent people are detained for about a half a minute on average.

But police are sneaky, too. They set up “Phantom Checkpoints.”

For these, police place a sign the roadway notifying drivers that a sobriety checkpoint is a short distance forward. To complete the ruse a couple of vacant police cars and sometimes a trailer is situated nearby as physical evidence that there really is a police presence ahead. And there is.

Out of sight are officers waiting who have a good view of the sobriety checkpoint sign on the roadside. These officers are looking for drivers who abruptly turn around to avoid the impending checkpoint. This illegal U-turn can be viewed as a conscience of guilt giving officers the legal right to stop you, which fulfills the necessary probable cause or reasonable suspicion to make a traffic stop.

Arizona has some of the strictest DUI laws in the nation and can arrest a motorist who is just “slightly impaired” and some people have that condition without reaching the standard DUI at a blood-alcohol concentration (BAC) of 0.08 percent.

Real and phantom sobriety checkpoints are certainly public relations efforts to draw attention to the pitfalls of drinking too much and driving but they’re also legal in Arizona and most other state jurisdictions.

In the past, they have been challenged as an unconstitutional violation of unreasonable search and seizure under the Fourth Amendment of the U.S. Constitution because they violate the necessity of having a warrant. The issue was resolved by U.S. Supreme Court justices in 1990 in a mixed 6-3 vote.

Chief Justice William Rehnquist noted that death and mutations on the roads caused by alcohol outweighed “the measure of the intrusion on motorists stopped briefly at sobriety checkpoints – is slight.”

Justice William Brennan’s dissenting opinion stated that “…one searches the majority opinion in vain for any acknowledgment that the reason for employing the balancing test is that the seizure is minimally intrusive.”

The safe way to drink on St. Patrick’s Day is to arrange for alternant transportation from family, friends, or ride services such as Uber or Lyft.

How to Behave at a Sobriety Checkpoint

For the phantom checkpoint, the best thing to do is keep your speed as posted and don’t attract attention. Even a burned-out tail light is sufficient for a traffic stop, so be sure your vehicle has all its lights working properly.

Getting stopped in both phantom and genuine checkpoints, the officer begins with leading questions such as how much have you had to drink and how long ago. These investigative techniques are intended to incriminate yourself.  You don’t have to answer and you shouldn’t answer because anything you say becomes evidence against you and may make your defense more difficult.

Just tell the Officer politely that you’re invoking your Constitutional rights to remain silent and to speak with a lawyer.

The Fifth Amendment of the Constitution protects you from self-incrimination. The Sixth Amendment ensures that you have the right to have a defense attorney with you when police start asking questions to protect your rights and provide legal guidance.

Protecting Your Rights with an Aggressive Defense

Arizona allows several defenses for DUI charges and DUI cases have their own set of facts that help determine a defense strategy.

Common DUI Defenses are the following.

If you or a family member have been arrested for DUI or are under investigation for that charge your four-leaf clover this St. Patrick’s Day is to have a DUI Defense Attorney review the facts of your arrest as you see them during a private conversation.

My line is open 24/7 including weekends and holidays. I’ll promptly respond unless I’m in court.