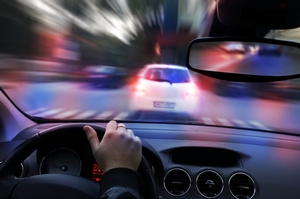 Beware greater Phoenix the holidays are here and so are DUI check points! Do you know that even one or two drinks at a celebratory holiday dinner out can cost you an impaired driving arrest? And that begins a wreath of legal trouble, expenses, and if convicted, a damaging criminal record.

Arizona is a no tolerance state for drinking or using illicit or prescription drugs including medical marijuana, vapor and driving. That means if you are “impaired to the slightest degree” even below Arizona’s legal limit of 0.08 percent of blood alcohol concentration (BAC) you are breaking the law.

Guess who decides the definition of slightly impaired in Phoenix, AZ? It’s the officer who has a reasonable suspicion or probable cause that you are impaired and then conducts and grades the BAC test that includes a field sobriety test of walking a straight line, blowing into a breathalyzer machine, and perhaps a warrant to take a blood sample at the police station or a hospital within two hours.

Slightly impaired, however, can differ from person to person. Varying factors are gender, age, weight, how fast or slow a person’s metabolism absorbs and eliminates alcohol, a tolerance to alcohol for experienced drinkers, what you had to eat if anything and how long before the traffic stop did you enjoy the holiday festivities.

The National Highway Safety Administration (NHTSA says one drink equals 1.5 ounces of 80 proof liquor, 12 ounces of beer has 4.5 percent alcohol, and a 5-ounce glass of wine has 12 percent alcohol. My advice is if you start to feel a little bit different you shouldn’t drive. Instead, you should make arrangements for a ride home.

From Thanksgiving to Christmas and New Year’s Eve policing agencies across Maricopa County and the state traditionally step up their hunt for impaired motorists and this season is no exception. DUI checkpoints will be set up at various locations legally skirting probable cause or reasonable suspicion to make a stop.

The US Supreme Court’s 6-3 decision in 1990 ruled these highway sobriety checkpoints don’t violate the Constitution’s Fourth Amendment protecting us from unlawful searches and seizures or the Fourteenth Amendment of equal protection under law. The majority of justices’ rationale is that the magnitude of drunken driving outweighs briefly detaining drivers.

Last holiday season Arizona law enforcement agencies made more than 2,000 DUI arrests, and those were preliminary data, according to a report from the Governor’s Office of Highway Safety. Of those, 415 charges were for extreme DUI and 262 other cases were for aggravated DUI.

In total the officers stopped 63,000 vehicles. Also, more than 1,000 citations for not wearing seat belts, 718 for criminal speeding more than 20 mph faster than the posted limit, and almost 90 reckless driving charges were filed.

The number of sober drivers contacted at holiday checkpoints in 2017 increased from the previous holiday season indicating that the checkpoints work.

If you’re stopped at a DUI checkpoint

Be sure the alcoholic beverages you’re taking to a party are in the trunk or if there’s no trunk keep them out of plain sight. An enthusiastic officer may find the containers are sufficient reason to give you a sobriety field test.

Treat these checkpoint seriously and be courteous to the officers. Tell all the passengers in your vehicle to be quiet as anything they say could generate suspicion.

Sometimes a driver can get so nervous, even if not drinking that it may raise suspicions. Also, if you try to obviously avoid the checkpoint you’ll give officers a reasonable suspicion that you are impaired and they could go after you.

What should I do if I'm detained for a DUI in Phoenix, AZ?

The officer will start asking questions such as, “have you been drinking tonight? As difficult as it may be to refrain from answering a lawman’s questions, it’s really the best thing to do if you’ve been drinking. Start answering and you’ll start convicting yourself. Be respectful to the officer and invoke your constitutional right to remain silent and tell the officer you want to talk to a defense lawyer before answering questions.

If police want to do a field sobriety or a breathalyzer test, you should decline even though your driver’s license may be suspended for a year. A warrant can be issued to take a blood sample within two hours to detect your BAC.

A first time DUI is a class 1 misdemeanor and a first conviction is penalized by at least one day in jail and up to 10 days, fines totaling about $1,250, and installing an interlocking ignition device at your own expense to prevent driving if you’ve had anything to drink. The court also will order you to complete an alcohol screening, education and treatment program at your expense. Serving time in service to the community may also be part of the punishment.

Drivers who are way over the 0.08 BAC level fall into Extreme DUI – 0.15 BAC, and super extreme DUI – 0.20 BAC classes and these are felonies, which carry much more jail time and stiffer fines.

Should an impaired holiday celebrant damage someone’s property or injure or kill somebody the state can file other very serious charges such as manslaughter and the victim’s survivors can sue for wrongful death financial damages in civil court.

Talk to a DUI lawyer for free

If you get into legal trouble during the holidays please contact me. I’m listed in the top 1 percent of the finest lawyers in the nation by the National Association of Distinguished Counsel.
I provide a free legal consultation to assess your situation. I will explain the law involved and the potential defenses that may be available to you. There’s no obligation to hire me. Contact Phoenix DUI Attorney, Aaron Black as fast as possible after the arrest or call 480-729-1683. I am available over the Thanksgiving holiday 24/7!