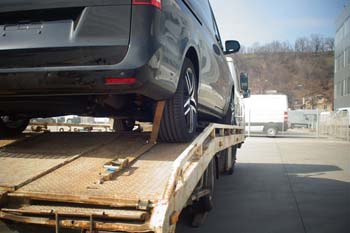 Losing the privilege to drive in Arizona has a detrimental impact on daily life, for example. Drivers who are convicted of a second driving under the influence of alcohol or drug charge within seven years of the first DUI will have their vehicles impounded for 30 days under Arizona Revised Statute §28-3511.

That requires life-changing alternative arrangements for getting to work, school, the grocery store, doctor appointments, and others.

In a larger context, vehicle impoundment serves as a deterrent for repeat DUI offenders, many of whom are not deterred by the driving laws. Impounding vehicles decreases repeat DUI offenders by “an estimated 38 percent and DUI crashes by about 4 percent,” stated an Arizona Department of Public Safety report.

Besides impoundment, a second DUI is punishable by the following.

Why was my car impounded in Phoenix, AZ?

A vehicle in Arizona can be legally impounded or immobilized by any of these situations: The driver…

Exceptions to Impounding your Car

The vehicle doesn’t have to be impounded when its registration and insurance are current if the driver has a base blood-alcohol content (BAC) of at least 0.08 percent but less than the extreme 0.15 BAC without any other factors.

If the arrested person’s spouse is a passenger in the vehicle, the officer may release the vehicle to the spouse if the officer believes the spouse has a valid Arizona driver’s license and is not impaired by alcohol, drugs or vaper, and if younger than 21 doesn’t’ have any alcohol in the body, and promises to drive the vehicle home and does so.

Early Release of an Impounded Vehicle

Another provision of the impoundment laws, under Arizona Revise Statute §28-3514(B), is that the vehicle’s owner, or the spouse or another person with ownership interest may request a hearing for early release of the vehicle.

The hearing is to determine if the impoundment or immobilization was invalid and to consider any related mitigating circumstances. A hearing is available to everyone but it isn’t granted to everyone.

If the law enforcement agency doesn’t provide an opportunity for a hearing, it can be held in a justice court that has jurisdiction. Scottsdale, AZ provides a hearing which is held at the McKellips Police Station.

The agency impounding the vehicle has three days to officially notify the owner, and the owner has 10 days after receiving the notice to request the hearing. However, the request doesn’t have to be granted. If the hearing is granted, there’s a small fee. The hearing is a civil matter.

The vehicle’s owner has to pay for the towing charges and the storage fee, which is limited to no more than $15 day in Phoenix, which totals $450 for the 30 days. In addition to that, there’s an administrative fee, for example, $150 payable to the city of Phoenix. By contrast in Scottsdale, the storage fee is $35.52 per day and after-hours it’s $81.98.

If the vehicle is released early, the towing and daily storage fees and the administrative fees are due. Auto insurance companies don’t have to pay for impoundment or immobilization fees.

If acquitted of the DUI, you’ll still have to pay the towing and storage charges.

My Car was Impounded, how do I get it back?

After paying the towing, storage and administrative fees, you’ll get a copy of the release form from the policing agency that impounded the vehicle. Take it to the storage company during business hours along with proof of insurance.

Auto storage facilities count days from midnight to the next midnight. Making an arrangement for after business hours may mean a gate fee.

If you don’t retrieve your vehicle for 10 days, the storage company can request an abandoned title and keep it. If your driver’s license is suspended take a licensed and insured friend with you to drive your car home.

If someone other than the vehicle’s owner was driving when the impoundment happened the registered owner is still liable for the fees.

Should I get an Attorney to get my car out of Impoundment?

In choosing a defense attorney, inquire if the hearing is included in the attorney’s services. Depriving someone of their transportation even for a little while is serious.

If you have been charged with a second DUI and your vehicle has been impounded by any policing agency in Maricopa County, I urge you to quickly contact an attorney.

I’ll analyze the circumstances of your arrest, advise you of your options and answer your legal questions. I provide personalized service, not a paralegal or an associate and have a history of aggressively defending clients.

My desire is to help people instead of punishing them.