A Robbery conviction in Phoenix can change your life forever! 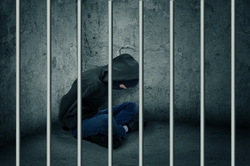 Felony offenses are the most serious criminal charges as they are more severe than misdemeanors and carry much harsher punishments. Even if you have been sentenced to probation on a felony offense a judge can still sentence you up to a year in county jail. County jail in Phoenix is the infamous Tent City where you must endure the sweltering heat and meatless meals. If of course you have prior felony convictions then prison becomes mandatory.

To learn more about the penalties for Robbery in Phoenix, click here to contact Aaron or call to set up a free consultation today at 480-729-1683.