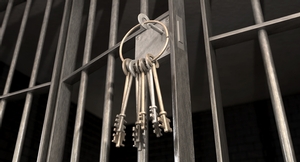 If you have been charged as a repeat offender in Scottsdale due to a DUI conviction within 84 months of the date of your first DUI conviction you could receive the minimum of 180 days in jail. In addition you could have your Driver’s license revoked for a year. The revocation means that you will not be able to drive at all in the course of the year as this is considered a Super Extreme DUI.

The Repeat offender DUI charges must be within 84 months of date of 1st DUI conviction.
$1000 Fine
$840 Surcharge
$250 Driving Under the Influence Fund
$1250 Prison Fund
$1250 State General Fund
$20 Time Pay Fee
$20 Probation Fee
If you have been charged with a Super Extreme DUI in Scottsdale, it is essential to speak with a lawyer experienced in DUI defense law. A DUI Defense Lawyer can investigate all of the aspects of your case which could potentially keep you out of jail or even get your case dismissed.

DUI Defense Investigation includes but is not limited to the following

To learn more about Repeat offender DUI Charges in Scottsdale, Arizona, click here to contact me or call 480-729-1683 for a free consultation today!