Arizonans craving freedom and eager to get back to their lives is evidenced by jammed parking lots in greater Phoenix shopping centers on Black Friday, the precursor of the year-end holiday season – this despite Covid-19 and the looming deadly Omicron virus.

And this holiday season DUIs threaten public safety, too. The freeway warnings, Drive Hammered Get Nailed, went up before Thanksgiving.

The National Highway Traffic Safety Administration’s (NHTSA) anti-DUI campaign for the 2021 holiday season warns that celebrating and not having a designated or other driver will cause DUI fatalities and destroy the lives and livelihood of those involved.

Arizona experienced an uptick in holiday DUI arrests from 2019 to 2020; and with more of us on the roads in 2021, law enforcement is expecting an increase in DUIs this holiday season.

Sheriff’s deputies and city police officers, from now through Christmas and the New Year’s holidays, are taking part in stepped-up DUI patrols, traffic stops and arrests.


Rolling stops and checkpoints – Rare in the Phoenix Area

A rolling stop is when a traffic officer on the roadway suspects a motorist is impaired because of a traffic violation such as weaving across lane lines or driving at night without headlights turned on. Such violations amount to probable cause or a reasonable suspicion of impairment. These are the legal grounds to stop the vehicle.

Checkpoints skirt the legal grounds necessary for a rolling stop to detain someone. These checkpoints are set up at various locations around Maricopa and other counties so officers can assess if a driver is impaired by alcohol or drugs.

Checkpoints have been challenged as unconstitutional but the US Supreme Court in 1990 ruled 6-3 they do not violate the Fourth Amendment guarding against unlawful searches and seizures. Dissenting from that decision Justice John Paul Stevens described sobriety checkpoints as “elaborate and disquieting publicity stunts.”

The NHTSA recommends aggressively using these two tactics in the agency’s annual holiday public relations campaign to get impaired drivers off of the roads.

A driver can be detained in Arizona if he or she is impaired to the “slightest degree.” That can be less than the state’s baseline legal limit of a person’s blood alcohol concentration (BAC) of .08 percent.

Slightly impaired can be different from individual-to-individual depending upon their size, weight, if the person had something to eat before drinking, the rate at which their metabolism absorbs alcohol, and if the person is an experienced drinker and has developed a tolerance to alcohol.


Alcohol Impairment by the numbers 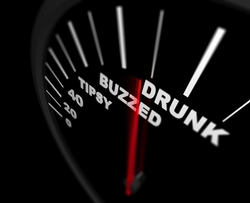 These are the NHTSA’s “predictable effects” at various levels of percentage of impairment and what traffic officers are looking for in drivers when they make the traffic stop:

The NHTSA in general reports that one drink equals 1.5 ounces of 80 proof liquor, a 5-ounce glass of wine has 12 percent alcohol, and 12 ounces of beer has 4.5 percent.

On the road you will notice traffic officers directing you into a single line with officers standing on the road and stopping vehicles. But not all of them. About half of the vehicles are motioned to go ahead.

The vehicles that are not motioned to move are approached by an officer who is there to detect alcohol on the driver’s breath or open containers of alcohol including any empty cans. If you are transporting alcohol, it is best to place the bottle or cans out of the passenger cabin. If the container is open, it must travel outside of the cabin to avoid trouble.

How to behave if stopped by the police 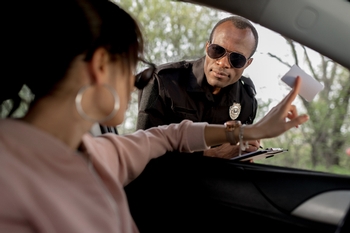 When your vehicle is stopped by the police, the officer shines a flashlight into the cabin and asks if you’ve had anything to drink tonight, with the goal of building a case against you or letting you go. While it may seem an innocent question it is most serious. It is followed by asking how much alcohol have you had to drink, and other questions.

There is no reason for you to advance the officer’s suspicion. The most effective response is not giving into the officer’s attempt to get you to incriminate yourself. Simply politely say that you are invoking your Fifth Amendment right to remain silent. Anything you do say becomes evidence, so silence is in your best interest.

You also have the right under the Sixth Amendment to have an attorney present during questioning to protect your constitutional rights.

If You Are Detained and Investigated

The officer will then ask you to provide your license. You must identify yourself and provide this information to the officer.

The officer will then ask you to step out of the vehicle. You must comply with this request.

The officer will likely continue to ask you some questions – such as where you are coming from? What were you doing? Where you are going? Again, you have the right to invoke you 5th Amendment Right to remain silent.

The officer will tell you he would like to check your eyes. This is the HGN test. It tests for the bouncing of your eye to determine if alcohol has been consumed. You have the power to refuse this test. Refuse this test.

The officer will ask you to perform some balance tests – Walk and Turn, One leg Stand, Finger to Nose – You have the power to refuse. Refuse these tests.

The officer will ask you to blow into their preliminary breath test (PBT). They typically shove it in your face and say blow. Politely refuse this test.

You will likely ultimately be arrested for DUI based on driving behavior, odor of alcohol, bloodshot watery eyes, and whatever else the officer claims to have observed.

Again – ask to speak to a lawyer.

The officer will then ask you to consent to the blood or breath test back at the station or van. The officer will read the Admin Per Se. If you refuse the blood or breath test at this point your license will be suspended for one year. If you consent, there will be a 90 day suspension. Typically, you want to consent at this point because an officer will get a search warrant in a few minutes, get your blood, and suspend your license for a year. However, before you make any decision, ALWAYS ASK TO SPEAK WITH A LAWYER FIRST.

Sometimes authorities post signs warning that a sobriety checkpoint is ahead. But it is not. The sign is placed so you cannot see too far ahead such as near a curve in the road and a dummy police vehicle may be used to add credibility to the trick.

Every case is different and some of these defenses may not apply.

If you are stopped at a sobriety checkpoint or on the road, you need immediate legal representation because jail time and large fines can be imposed if you are found guilty.
In using Aaron M. Black law for your defense you will receive personalized legal services and will not be ushered off to an assistant. Begin your defense by calling my 24-7 hotline, 480-729-1683, or use my online contract form and I will promptly respond unless I am in court or at trial. I have a strong record of fighting hard for every one of my clients. I defend DUI cases in justice, municipal, state, and federal courts in Maricopa and its surrounding counties.