Possession of marijuana in Scottsdale, AZ is considered a serious criminal offense 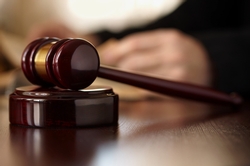 In order to be eligible for Prop 200, you cannot have prior convictions for the sale or transportation of drugs, a methamphetamine conviction, a violent criminal history or a drug related DUI.

The first conviction for possession won’t land you in jail however you can face up to 3 years of probation. A first-time conviction may be negotiated down to a misdemeanor or perhaps enrollment in a program called TASC (Treatment Assessment Screening Center). TASC is an Adult deferred prosecution program and if successfully completed which includes monthly random urine tests and the completion of a drug class your case will be dismissed.

A second conviction will also result in probation however you could face the possibility of up to one year in county jail. If found guilty for possession of pot a third time, a conviction can land you a mandatory prison sentence if found guilty after trial.

As I mentioned above Medical marijuana also comes with limitations too. For example, if you are found to be under the influence of medical marijuana while being in control of a motorized vehicle be it an automobile or watercraft you can also be charged with a criminal offense.

Medical Marijuana use allowable by Law

If you are facing criminal charges for possession of marijuana it is imperative that you have an experienced criminal defense attorney on your side. In addition to the penalties associated with possession the ramifications go far beyond that. In short, a felony conviction does not go away and will affect the rest of your life.

For more in-depth information about the ramifications of marijuana possession in Scottsdale, Arizona, click here to contact criminal defense attorney Aaron Black or call (480)729-1683 for a free consultation today!