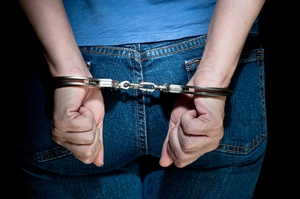 Maricopa County prosecutors often file the related felony possession of paraphernalia in Arizona drug cases. You might be surprised that kitchens harbor innocuous items that can legally become paraphernalia.

Arizona’s applicable statute, A.R.S. 13-3415, is broad enough to include just about anything as paraphernalia.

The statute states that:

"Drug paraphernalia means all equipment, products and materials of any kind which are used, intended for use or designed for use in planting, propagating, cultivating, growing, harvesting, manufacturing, compounding, converting, producing, processing, preparing, testing, analyzing, packaging, repackaging, storing, containing, concealing, injecting, ingesting, inhaling or otherwise introducing into the human body a drug in violation of this chapter.”

This statute specifically cites a long list of things that can be used as paraphernalia. Among them are spoons, bowls, containers, packaging such as plastic kitchen bags, scales, all types of pipes made of various materials, “roach clips,” testing equipment to determine the purity and strength of a drug, mailing envelopes, balloons, bongs, shovels and many other things.

The law provides defenses to ensure your constitutional rights are not violated and a defense is based on the actual circumstances and investigation methods of the case. Common defenses are:

Defense begins when you are arrested

Your defense begins the moment of your arrest. Troopers, while required by law to read you your rights will still push to question you and what you say becomes state’s evidence. Be respectful and decline to say anything except to ask for an attorney.

Possessing drug paraphernalia in Maricopa County is a class six felony, the lowest in the felony chain, but still a serious charge. It means incarceration if convicted and has consequences impacting your quality of life after serving a sentence.

It also means being stripped of your right to vote and your right to possess and carry a fire arm. A conviction also makes renting a place to live difficult, it dims your prospects of a gainful career or keeping your job, and makes college acceptance challenging.

How to avoid a felony drug conviction

If you’re facing the felony drug paraphernalia charge, your world may not necessarily have to end. In 1989 law enforcement and justice professionals established the Treatment Assessment Screening Center (TASC) diversion program for Maricopa County. Seven other counties in Arizona have their own TASC programs.

TASC is for people who face a felony drug-related charge in Maricopa County, who won’t contest their charge in court, and who would benefit by submitting to a treatment program.

Those who qualify for TASC and choose to enter the program and complete the program may have their case dropped without being charged or dismissed without prejudice, which means the prosecution can’t accuse you again of the same charge.

The program also saves the financial burden of imprisoning first-time drug offenders. The Maricopa County Attorney’s Office stated that almost 4,000 cases are funneled through TASC in a year. The vast majority, 77.2 percent, are cases involving marijuana, followed by methamphetamine cases at 8.4 percent.

TASC screens applicants carefully, so having a criminal defense attorney at your side to help you during the application process is important. The attorney can build and present arguments in your defense and protect your rights.

A Washington D.C legal rights group in 2018 sued the Maricopa County Attorney’s Office in Arizona U.S. District Court alleging that the county’s TASC targets cannabis users and punishes impoverished people. TASC charges a fee, which can be from $300 to $700, for those accepted in the program.

“Wealthy people buy their way off diversion quickly, while poor people risk being expelled from the program and prosecuted for a felony solely because they cannot afford to pay,” said Dami Animashaun, the lead attorney with the Civil Rights Corps. The group investigated for more than a year. The complaint also alleges that TASC misleads defendants about the consequences of possessing an illegal drug.

To save taxpayers the burden of incarcerating certain offenders, Arizona voters in 1996 passed with more than 65 percent of the vote Proposition 200, codified as A.R.S. 13-901.01. This law allows a first or second conviction, for nonviolent possession of drug paraphernalia, the offender to receive probation rather than any jail time. The proposition will enable prosecutors to reduce the charge to a misdemeanor. Violating probation, though, means arrest.

How to find a qualified defense attorney

As you can see, being charged with possession of drug paraphernalia can be complicated. Most people don’t know a skilled defense attorney. One source is to search for an attorney using the Maricopa County Bar Association’s referral service for a fee.

You also can learn about what you’re facing by taking advantage of a free telephonic consultation with Phoenix, AZ Criminal Defense Attorney in Maricopa County, Aaron Black. Just call 480-729-1683 to discuss your situation or contact the Law Office of Aaron Black to learn more.
In light of the Coronavirus pandemic, I wanted to inform clients and potential clients I am still available for consultations. I am always available by phone, text and/or email. We can also use Facetime for social distancing. The criminal justice system is not stopping due to COVID-19.