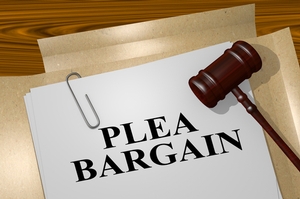 If you are facing criminal or DUI charges in Phoenix, Arizona, depending on the circumstances of your case, you may be able to plea bargain. A plea bargain is a voluntary agreement to avoid a trial in exchange for a certain sentence, and the court must approve. The defendant must plead guilty or Nolo Contendere (no contest) to a plea bargain.

Before agreeing to a plea bargain it is essential that you consult an experienced Criminal Defense Attorney as not all plea offers are fair.

The strength of the Prosecutors case is a significant factor in a plea bargain. A plea bargain for a lesser charge can only be done if the state has insufficient legal or factual basis for the DUI charge. (ARS 28-1387(I))

Aspects of your case that a Prosecutor will consider include the following.

Choosing the best Criminal Defense Attorney to defend you is one of the most critical aspects of protecting your freedom. Choosing an experienced attorney requires a great deal of work on your part but in the end, the time spent researching will be to your benefit. To learn more about Plea Bargains in Phoenix and the surrounding areas contact Aaron Black or call 480-729-1683 for a free consultation.