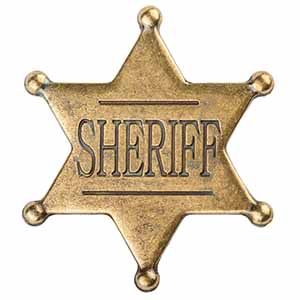 Cooper Lamb, the son of the incumbent Pinal County’s Sheriff, entered into a plea deal and is expected to be sentenced to six months in county jail for drug impaired driving and hitting a man riding a mountain bike. The crash in San Tan Valley inflicted severe life-changing wounds. Lamb was not injured.

The plea agreement is for the maximum penalty of a misdemeanor DUI. Under Arizona law the prosecution could have added an aggravated enhancement for seriously injuring the bicyclist, which would have meant a felony case and state prison if convicted.

The sentencing for Lamb, 20, is set for February. Plea agreements are negotiated to end the case with both sides in agreement and saves the expense of a trial.

Lamb was initially accused of aggravated assault with serious physical injuries, drug impairment and possession, which are felonies, and he was freed on supervised release.

According to news reports Lamb on July 8, 2020, failed to negotiate a slight left curve of the road at 15 mph over the 35 mph speed limit and hit the rear tire of a mountain bike propelling rider Larry Fawcett onto Lamb’s hood, windshield and roof. He landed on the dirt of the roadside.

The 59-year-old mountain bike rider sustained brain and spine injuries along with a fractured leg, a broken arm, torn knee ligaments, and numerous lacerations had to be airlifted and endured several surgeries from the crash. 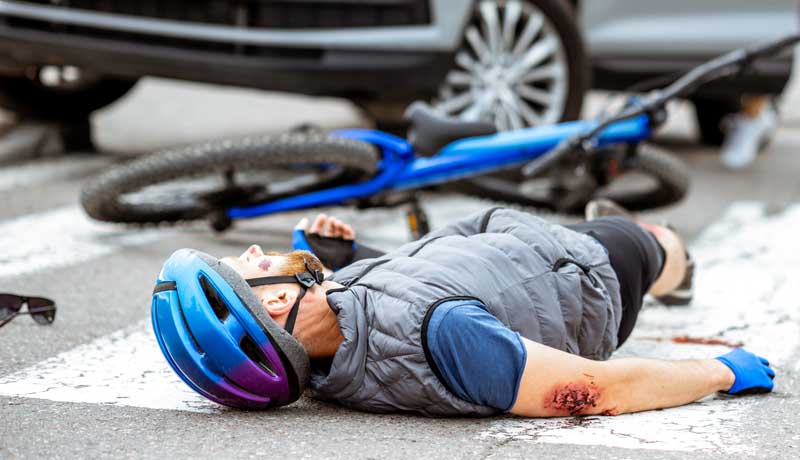 Two months after severely injuring the bicyclist Lamb was arrested on August 5 for a second drug DUI. A Tempe police officer was about to pull over Lamb for signs of impairment when Lamb hit a curb at 7 p.m. on Mill Avenue about a half an hour before sunset. Lamb admitted to the officer that the drugs they found in his pants pocket, Xanax and Fentanyl, belonged to him.

For this second charge a warrant for Lamb’s arrest was issued because he missed a court appearance, according to a news report.

By contrast to a felony, a first time base misdemeanor DUI conviction carries a maximum sentence of six months in jail but it is common to spend just one day or up to 10 days in jail, home confinement, and fines total $1,250.

A term of probation for as long as five years can be ordered by the judge and paying probation fees may also be required.

Any vehicle the defendant has must be fitted with a device that prevents the vehicle’s engine to start if any amount of alcohol is detected and pay for renting the Ignition Interlocking Device. There is not yet a device for detecting drugs but researchers are working on that.

Additional punishments for a first time Class 1 misdemeanor, the most serious in the misdemeanor range, the defendant must pay for the alcohol or drug abuse counseling the court orders.

It is also common that the judge will order the defendant to serve time in service to the community, such as picking up trash along roads.

And in Lamb’s case public embarrassment for his family.


Ramifications of a felony DUI conviction

In aggravated felony DUI cases a conviction will follow the felon for life and becomes public record and publicity as this case endures. Employers and landlords can refuse to hire and to rent making it difficult to keep or finding employment or renting a place to live.

The Second Amendment right to keep and bear arms is lost and violating that means going back to prison. Also lost are the right to vote in elections, hold public office, enlisting in the military, or serving on a jury and may lose public housing.

Felons who had education grants and loans can be barred from getting additional financial assistance, cannot obtain food stamps or workers’ compensation.

Also in jeopardy are those who have professional licenses or a commercial driver’s license. These can be suspended or revoked by the boards that issue them.

Several defenses are available for DUI, but the first line of defense is at the traffic stop when the traffic officer starts asking questions such as how much have you had to drink or have you been using drugs. Answers will be used against the DUI suspect. However, we have the right under the constitution’s Fifth Amendment to prevent self-incrimination. The officer must tell a suspect of that right at the time of arrest so it is best to politely decline to answer.

The arresting officer must have had the necessary probable cause or reasonable suspicion to stop a driver. The officer’s reason cannot simply be a hunch.

The field sobriety test was not performed correctly or a physical ailment prevented the suspect from passing one or more of the tests, such as standing on one foot.

The arresting officer did not advise the suspect of the Miranda rights preventing self-incrimination and to have an attorney during questioning.

The breathalyzer test result was inaccurate because the machine was not properly calibrated.

If blood was drawn the blood may have been tainted from improper handling or storage.

If you or a loved one are under investigation or have been arrested for a DUI it is crucial to have an experienced DUI defense attorney, such as Aaron M. Black Law, at the earliest possible time to begin your defense by conducting an independent investigation and securitizing the state’s evidence. I have also negotiated many plea agreements.

I know that good people can make a mistake and deserve the best defense possible and I work aggressively to provide that. Unlike some big law firms, you will never be referred to an assistant. Throughout your case you will be talking directly with me by phone, email, or in person.

Launch your defense by calling 480-729-1683 at any time, day or night, weekends or holidays and I will respond promptly unless I am in court or at trial. Or use my easy contact form on my website.

I defend misdemeanor and felony DUI cases in justice, municipal, state and federal courts in and near to Maricopa County.