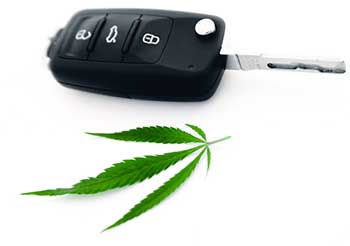 We are seeing an uptick in marijuana DUI cases and an accelerating police effort to train officers in how to spot an alleged marijuana DUI. There is not yet a device that can detect the level of marijuana impairment but researchers are trying to develop a way to do that.

As of now, Good agreed with prosecutors and criminal defense attorneys that marijuana does not affect individuals in the same way and impairment is hard to prove. Unlike alcohol with its specific percentage of blood-alcohol concentration (BAC), there are no legal standards to apply to marijuana impairment.

Unlike alcohol, marijuana can stay in the user’s system for days and sometimes weeks. Studies are showing that chronic users of marijuana may show no signs of impairment at all.

A blood test will only show that THC (Tetrahydrocannabinol), the active ingredient in marijuana, is present. A driver is not required to have blood taken, but those who refuse will have their driver’s license suspended for a year and the blood can be taken anyway by obtaining a search warrant. THC negatively affects reaction time, motor coordination and completing complex tasks.

What law enforcement does have is the police interview with the suspected impaired driver that includes asking, “When is the last time you smoked marijuana,” said officer Chwe. The main test of marijuana impairment is how the driver responds to the questioning and to the field sobriety test. More documentation supporting what the officer observes is needed, he said.

The first act an officer makes is asking the driver to submit to a field sobriety test, but the officer cannot require the driver to take these series of coordination tests. I do not think these tests are indicative of a person being impaired by marijuana, I told the interviewer.

Here is other important legal information related to a marijuana DUI charge that the media discussion could not include:

Arizona has a long-standing cadre of law officers who are extensively trained in how to recognize marijuana and drug impairment, called Drug Recognition Experts (DRE). This effort is, in part, funded by the successful decriminalization of marijuana initiative. The training is extensive and some of these officers are certified phlebotomists so they can draw blood at the scene for testing.

Their training is a three-phase program totaling 88 hours of instruction. First is the pre-school for learning evaluation techniques, procedures and strategies. Second is instruction in how to make evaluations, and third is the field certification process under a DRE supervisor.

These DRE officers are few in number but they can respond to the scene of a traffic stop in a short time. I expect more DRE officers will be added.

Arizona has a no tolerance policy for impaired drivers. Anyone who is impaired to the “slightest degree” can be arrested. It is a vague term and decided by the investigating officer making the traffic stop.

A person does not need to be driving to be arrested for a marijuana DUI. He or she can be sleeping in the back seat with the keys in a pocket, in the ignition, or some other scenario that comprises Arizona’s actual physical control law. If the keys were in the trunk, this law does not apply.

Lower courts have grappled with it. The law does not give definitions and that became a contentious area of DUI law. The lower courts are dealing with what the term means as they apply case law and the fact pattern of a case.

Arizona law allows the punishments for a misdemeanor marijuana DUI are the same as they are for alcohol impairment.

The range of incarceration for the defendant if convicted will be jail custody for at least one day and up to six months. The law allows for a minimum of 10 days in jail, but nine of those days will be suspended if the defendant completes a drug abuse class. Home detention is possible if the sentence is longer than one day.

Financial penalties are fines, surcharges, and other fees, including $500 for the prison fund, can total as much as $1,510.50.

Beyond those penalties, the privilege to drive after a drug conviction can be revoked for one year.

The conviction for a marijuana DUI also will mean a criminal record that can mean difficulty getting or keeping a job.

If someone is hurt or killed as a result of marijuana impairment, the charge is elevated to a felony with much harsher punishments and life changing restrictions. 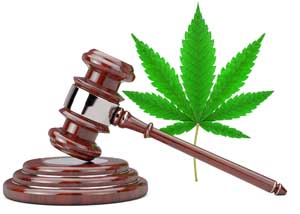 These traditional defenses are allowed by law: Other defenses may be available depending upon the fact pattern of the case.

Start your defense at the traffic stop

Your defense begins at the traffic stop. Anything you say becomes evidence, no matter how innocent the statement appears to be. It is important to invoke your constitutional rights to prevent convicting yourself. The officer has to recite these rights at the arrest anyway, so it is best to use them from the start.

The difficulty is using marijuana in the evening and getting pulled over the next morning, so it is crucial to have a skilled DUI defense attorney, such as myself, at your side through it all beginning at the earliest possible moment. Right now I recommend if you need to drive, do not use marijuana.

Aaron M. Black law has a history of helping good people in bad situations with the goal of winning a dismissal of the charge or reducing a first-time marijuana DUI to reckless driving.
Throughout your case, you will receive personalized service and always will be talking directly with me, not ushered off to a paralegal.

Begin defending yourself by calling for an appointment at 480-729-1683 at any time day or night, weekends or holidays, and I will respond promptly unless I am in court or at trial. Or use my online contact form.

Why Use Aaron M. Black

For the 8th consecutive year, I am named a 2021 DUI Super Lawyer in Phoenix.

The National Association of Distinguished Counsel places me in the top one percent of the finest lawyers in the nation.

The National Trial Lawyers Association rates me among the top 100 trial lawyers in the U.S. Learn more about my education and experience as a Phoenix Criminal Defense Attorney here.