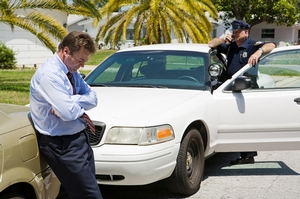 Probable cause and reasonable suspicion are the Constitutional authorities, and limits, for law enforcement to make a lawful arrest. These two legal standards used for initial criminal investigations in Phoenix, Arizona and across the nation can be confusing to a lay audience. The difference between them is the nature of proof necessary for each.

What is Probable cause?

Probable cause is written into the U.S. Constitution’s Fourth Amendment as a protection from unreasonable searches and seizures and to uphold our right to be “secure in our person, houses, papers, and effects.” But it doesn’t define probable cause. That’s what the courts have been doing.

Arrest warrants can’t be issued without meeting probable cause, and a warrant issued by a judge must specify the place to be searched and the person or property to be seized. The officer requesting an arrest warrant must affirm the information’s validity.

Probable cause defined in law occurs when a reasonable person would conclude that someone was planning a crime, engaging in a crime, or had committed a crime. Probable cause can come from an officer’s own knowledge. For instance, an officer sees a burned out brake light and that is probable cause for a traffic stop.

What is considered Reasonable suspicion?

Reasonable suspicion was ruled into law in a 1968 US Supreme Court case out of Ohio. The justices’ decision allowed authorities to perform a traffic stop and detain someone briefly if the officer has reason to believe a person is planning, attempting, or engaging in criminal conduct based solely on the officer’s “training and experience.”

The aforementioned 1968 Terry v. Ohio case in a landmark decision also allowed officers to stop and frisk someone and the U.S. Supreme Court held that a pat-down didn’t violate the Fourth Amendment.

The justices ruled that police may conduct a search for weapons without a warrant or probable cause if the officer reasonably believes the subject may be armed and dangerous and could put the officer in extreme danger; and traffic stops are inherently dangerous to officers. However, a pat-down search can’t be performed on the basis of an anonymous tip.

Justice William Douglas dissented saying that the majority decision would give search and seizure powers to police that not even a judge would have.

In Illinois v. Wardlow, the US Supreme Court in 2000 ruled that a person in a high crime area who sees police and starts running invites reasonable suspicion.

What do I do if I get stopped by the police in Phoenix, AZ?

Always be courteous to the officer but don’t get into a dialog. Anything you say will be used against you.

If you’re stopped in Phoenix, AZ or surrounding areas, your defense begins by not giving authorities information that would harm you. Police officers know that they can’t question you unless you permit it. But they won’t initially tell you that you don’t have to talk to them because remaining silent is your right and protects you from self-incrimination.

However, you do need to tell the officer that you want to talk to an attorney and that should end any attempt to get information from you that could harm your defense.

Refusing to cooperate with officers isn’t sufficient to establish reasonable suspicion, ruled the US Supreme Court in the 1991 case of Florida v. Bostick.

Probable cause and reasonable suspicion situations in Phoenix, AZ can be legally complex and many situations fit within these two legal standards, with each case having different facts and results. The defense’s job is to develop challenges to the officer’s conduct to show that probable cause or reasonable suspicion did not exist and therefore the arrest is not valid.

To achieve the best possible defense requires a comprehensive examination of the state’s evidence to challenge the officer’s actions while conducting a thorough independent defense investigation. It’s in the best interest for you or your loved one to have a qualified Phoenix criminal defense attorney by your side at the earliest possible moment following an arrest.

Choosing the Phoenix, AZ Criminal Defense Attorney to represent you requires a great deal of work on your part, after all your freedom is at risk and you need the experience of a seasoned Defense Lawyer.

Please see below on how you can choose the right attorney for your particular situation. Take the time to discuss with the attorney their criminal defense strategy. The Law Office of Aaron Black’s ultimate goal is to keep you out of jail and the dismissal of your case.

Good people sometimes find themselves in bad situations and to Aaron that does not mean that those caught in a bad situation are criminals or even guilty of a crime.

Aaron spent countless hours in the courtroom, argued over 50 jury trials, tried over 100 bench trial, and became a highly experienced litigator. His trial experience sharpened his litigation skills, giving him invaluable insight into the legal system and making him one of the premier defense attorneys in Phoenix, Arizona.

When you hire the Law Office of Aaron M. Black, you get Aaron Black rather than a new lawyer running around for the person you think you hired.

To learn what possible defenses you may have, please contact Criminal Defense Attorney Aaron Black to arrange for a free case evaluation or call (480)729-1683. I will promptly return your call.