Trick-or-treaters across Arizona and in greater Phoenix can face real dangers from Halloween party goers who get behind the wheel while impaired by alcohol or drugs.

Although Halloween poses fewer DUI arrests here than other holidays, law enforcement remains vigilant in protecting young candy seekers canvasing neighborhoods in the dark. It is also true that parents tag along with the kids and they can be in danger, too. 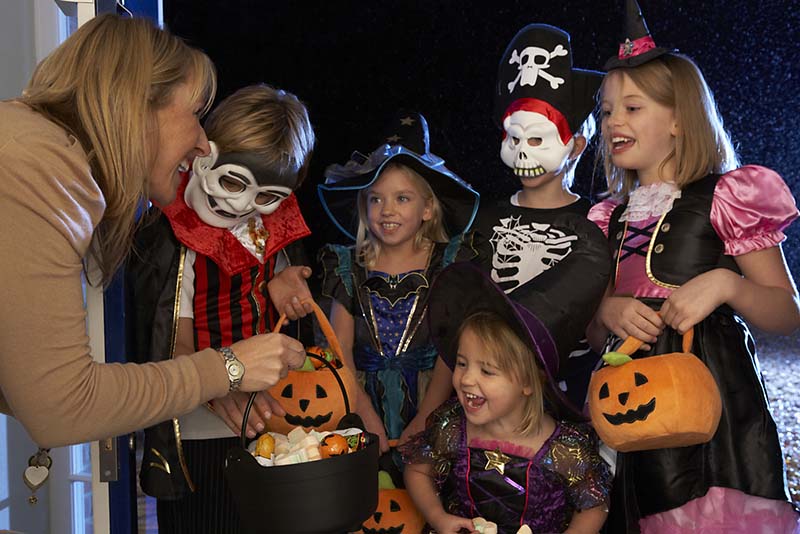 In holidays it is routine that law enforcement agencies set up sobriety checkpoints and rolling patrols hunting for impaired drivers. In past years Halloween Weekend DUI Patrols have targeted up to six locations in Phoenix.

With Halloween in 2021 falling on a Sunday, celebrations will also encompass Friday and Saturday evenings. Many public and private parties, including bar crawls in Scottsdale, Tempe and other cities, haunted houses and other attractions are planned at various locations throughout the Valley.

Arizona’s DUI law sets a baseline blood-alcohol content (BAC) at 0.08 percent, but drivers who are just “slightly impaired” even with a BAC that is less than the baseline will face a DUI charge using Arizona’s zero tolerance policy. This law, Arizona Revised Statute 28-1381(A)(1), allows an investigating officer to determine if the suspect is slightly impaired or not.

Get a DUI without driving

Someone who is impaired leaving a Halloween party gets into the car and passes out. That person was legally in “actual physical control” of the vehicle if the ignition key was readily accessible, such as in the ignition or in a person’s pocket or purse.

Consequences of a misdemeanor DUI conviction

Most DUI charges are misdemeanors covering the BAC level range. Aggravated factors in DUI cases makes the charge a felony.

A first-time class 1 misdemeanor DUI conviction requires spending time in county jail up to a maximum of six months and a minimum of 10 days. However, the time in custody can be as short as one day with the other nine days suspended.

The license to drive is suspended for 30 days, followed by a restricted license for traveling to work or school for 60 days, before the license can be reinstated at the defendant’s expense.

Fines total $1,250, and the court orders installing an interlocking ignition device at your own expense to prevent driving if you’ve had anything to drink. The court also will order you to complete an alcohol screening, education and treatment program at your expense. Serving time in service to the community may also be part of the punishment.

A second misdemeanor DUI conviction has more harsh punishments. Time in jail can range from six days to six months. Fines are boosted to $3,468. The driver’s license is revoked for one year, but obtaining a restricted license to travel from home to work or school is possible after 45 days with expensive SR-22 (Social Responsibility) insurance, really a document proving insurance coverage is in force.

Consequences of a felony DUI conviction in Arizona

A DUI is charged as a Class 6 felony if the impaired driver is transporting Halloween trick-or-treaters younger than 15. A first felony DUI is punishable by 10 days in jail, but nine of those days can be suspended if the defendant finishes alcohol and drug screening classes.

Fines climb to $4,675.50 and the driver’s license can be revoked for one year, though it can be reinstated to a restricted license after 90 days. The defendant must complete a revocation packet to get the license reinstated after the revocation time is up.

The court may order probation for up to 10 years and pay a monthly probation fee which is about $65.

A felony conviction will remain on the public record for life. The felon cannot own or possess a firearm, vote in elections, hold public office, or join the military. A landlord can refuse to rent the felon a place to live and employers can refuse to hire the person. A professional’s license to practice, such as a teaching credential, can be suspended or revoked.

Should an impaired Halloween celebrant cause property damage or injure or kill someone, the state can file other very serious charges such as manslaughter and the victim’s survivors can sue for wrongful death financial damages in civil court.

Researchers are working to develop a device that tests for certain drugs including marijuana. And note that prescription drug impairment is also illegal.

A DUI arrest does not mean a conviction is in your future. The prosecution under law has the burden of proving its DUI case beyond a reasonable doubt. The prosecutor will lay out its evidence for the jury and its arguments.

The defense will conduct its own investigation of the state’s evidence, the police procedures the state used in order to establish a reasonable doubt, along with establishing mitigating factors or evidence favorable to the defendant that investigators overlooked.

In some DUI cases, it may be possible to enter into a plea agreement for a lesser charge in return for a guilty or no contest plea.

These are the common DUI defenses:

I have a strong record of aggressively defending people who are charged with a DUI offense, and I know good people can make a mistake and deserve the best defense possible to keep harm from their door on Halloween.

In using me to develop your DUI defense strategy, you will be talking directly to me throughout the case. You will never be marshalled off to an assistant. It is a common complaint that people do not have close contact with their attorney, but that does not happen at Aaron M. Black Law.

Launch your defense by calling 480-729-1683 at any time day or night, weekends or holidays, and I will respond promptly unless I am at trial or in court. Or use my online contact form.