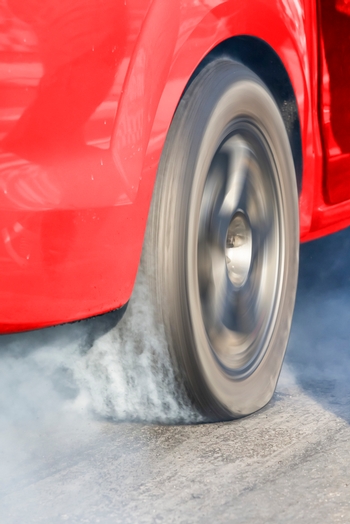 Racing on our Valley’s streets is as old as the hot rod culture that reached its heyday in the mid-century and as evidenced by Hollywood’s drive-in movies, Hot Rod Girl, Hot Rod Gang, The Wild Ride, Hot Rod Rumble and Hot Rods to Hell. In the mid-1950s the streets and make-shift temporary courses were the only venue for racers.

Since then drag racing has become big business along with construction of dedicated drag racing tracks, including Chandler’s Firebird track. Drag racing organizations and clubs provide supervised and dedicated quarter-mile tracks with safety and emergency services on site.

Yet, some racers are still attracted to underground street racing’s culture and the allure of dangerous competition by using freeways, highways and streets as momentary racing venues. In Phoenix, Central Avenue is a mecca among street racers and three racers were killed on a stretch of the avenue near Butler Drive in 2016.

Racers don’t need high-powered racing cars to compete. Front seat passengers are on duty looking out for police and spectators are on hand to watch the start or finish. Arizona’s street racers even have a Facebook page and communicate about events on hidden message boards.

Arizona Revised Statute §28-708 forbids driving, or in any way participating - and that includes passengers and spectators - in a race, a speed or acceleration competition, a test of physical endurance, an exhibition of speed or accelerating to set a speed record on a public  street or a highway.

Other behaviors can be classified as violating this statute such as cutting off other drivers, blocking someone from passing, exacting revenge on a driver who does the cutting off, leaving a red light with a burst of speed, and weaving in and out of traffic lanes passing other vehicles.

Department of Public Safety officers can cite racers not only with this statute but also with criminal speeding and reckless driving, as they did when they arrested 23 people and issued 114 citations on a Sunday night in February 2017. Troopers believe more than 250 street racers in large groups, and blocking I-10, were involved that night.

An exception in Arizona law allows a “properly controlled event” on a highway under certain conditions approved by authorities.

Arizona’s penalties for violating this statue are strict and expensive. Street racing is a class 1 misdemeanor, the most serious of misdemeanors. A second conviction within 24 months of the first raises the new crime to a class 6 felony.

A felony conviction means you won’t be eligible for probation, a pardon, suspension of a sentence, or any other consideration until you’ve served at least 10 days in county jail or prison.

Your Driver’s License is at Risk In extreme hardship cases, the judge may allow a street racer who has a job or is in school to continue with those pursuits but spend days or parts of days in jail until the sentence is served.

A felony conviction strips you of the right to vote and own or possess a firearm. Colleges can reject your application. Landlords may have legal liability to protect tenants and refuse to rent to you. Professionals who have certifications or licenses endanger suspension or revocation.

If you’re street racing and become involved in an injury or fatal crash, additional charges can be levied such as negligent homicide or vehicular manslaughter, both felonies, and invite civil litigation for monetary damages.

Every situation has factual and conditional differences but these are the common defenses:

A experienced Criminal Defense Attorney like myself is necessary to form your assertive defense by conducting an independent and through investigation, including crash reconstruction to determine if a second driver was at fault or more at fault than you. Every aspect of the state’s case is thoroughly examined for flaws. My goal is to achieve a dismissal of the charges.

If the prosecution has a strong case, if you choose, I can negotiate for a lesser offense and reduced punishment in return for a guilty plea.