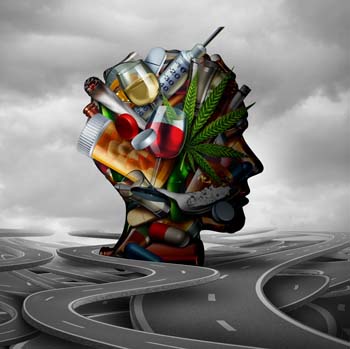 While society waits for researchers to develop a machine to detect drugs in impaired driving cases, Arizona and as well as all other states rely on specially trained police officers known as drug recognition experts (DRE), to do the task.

The DRE concept was developed in the 1970s in Los Angeles, which gained the attention of the National Highway Traffic Safety Administration (NHTSA) in the early 1980s. They developed a protocol for a standardized DRE. The agencies determined that a trained DRE can identify someone who is impaired by drugs and accurately determine the category of drugs involved.

The NHTSA in 2013-14 conducted a National Roadside Survey and reported that 20 percent of drivers who were surveyed tested positive for “potentially impairing drugs.”

Arizona became part of the NHTSA’s Drug Evaluation and Classification (DEC) pilot program in 1987 and now the DEC program is used by all the states.

The thing is, however, that people and machines are not infallible.

According to an ABC 15 TV news report, sober drivers are being arrested for drug impairment in Phoenix, AZ. One DRE officer arrested at least nine people whose cases were dismissed for lack of evidence. For example, in July and September 2019 two motorists were arrested for drug-impaired driving.

In the July case, a woman was stopped for allegedly failing to obey a stop sign and a DRE officer noticed she had “eyelid tremors,” she didn’t perform well on the field sobriety test and was suspected to be on drugs. Tests proved she hadn’t been taking any drugs that police tested for, such as marijuana.

In a September case, a 63-year-old man driving home from work on Labor Day night was stopped for allegedly crossing a lane line and his performance in a field sobriety test revealed he had poor balance, bloodshot watery eyes, and slurred speech, the defense countered, because of missing teeth and a New York accent. Based on those observations the DRE officer made the unlawful arrest.

One drug DUI defendant only had heartburn medication in his system and several other examples of DRE arrests weren’t valid, the news report stated.

A law enforcement officer who wants to enter the DRE program must satisfy four requirements.

The officer needs to… The candidate will be judged upon a…

Training law enforcement officers to detect someone who is impaired by drugs is a three-phase program consisting of 88 hours of instruction. When these phases are finished the candidate is certified as a DRE officer but must be recertified every two years.

Probable Cause & a DRE Evaluation

Before a traffic officer can detain a driver the officer must have probable cause, meaning that the officer suspects the driver is impaired or has witnessed the driver breaking a traffic law.

The officer will want to conduct a breathalyzer test, and if an illegal blood-alcohol concentration (BAC) is under the legal 0.08 percent a DRE officer will be summoned to conduct an evaluation.

The DRE officer looks for signs of illicit or prescription drug impairment, including the size of the pupils, pulse rate, muscle tone tightness or flaccidity, needle injection sites, and interrogating the driver to help determine the type of drug and a toxicology test.

The driver may refuse to participate in the breathalyzer and the DRE evaluation at the cost of a license suspension or revocation.

Driving Under the Influence of Drugs

Arizona drugged driving law is a class 1 misdemeanor, the most severe charge of misdemeanors under Arizona Revised Statute §28-1381(a)(1).

Those who are charged with drugged driving in Phoenix, AZ and surrounding communities should consult with a DUI Defense Attorney as soon as possible.

I’ll respond quickly unless I’m in court. During your no-obligation consultation, I’ll listen to your side, ask questions and answer your questions, explain the law and the options that may be available to you.

I am available 24/7, 365 days a year, including weekends and holidays and I, defend DUI clients in Arizona’s justice, municipal, county, state and federal courts.