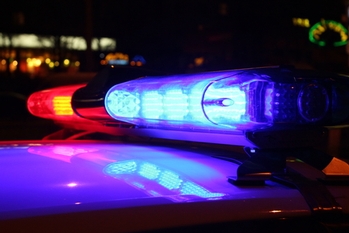 Those dramatic footage taken from police and TV news helicopters of someone fleeing Arizona’s law enforcement for a DUI or another reason should signal that the law does have a long arm. That’s even if a pursuing officer on the street abandons the chase to protect others on the road. Fleeing from the law can show a consciousness of guilt and that may sway a jury to convict instead of acquitting.

Running away may be the first thought to avoid arrest, capture, or even being detained but acting on that idea is a bad choice that leads to additional peril.

Under Arizona Revised Statute §28-622.01 it’s illegal to willfully flee or attempt to elude law enforcement and is punishable as a class 5 felony of six felony levels with class 1 as the most severe. The law provides that the police vehicle be plainly marked, its red or red and blue lights flashing that can be seen 500 feet away and its siren shrieking under Arizona Revised Statute §28-624(C).

In cases of an unmarked police vehicle the state has to show that the individual in flight admitted to knowing that it was an official vehicle of law enforcement or that the evidence shows the suspect knew it was a law enforcement vehicle.

Should the eluding driver cause injury or death to someone or place someone in danger, including the pursuing officer, other more serious charges can be brought along with the willful flight charge.

Fleeing to Avoid a DUI

The most dangerous episodes of fleeing are those who decide to run to avoid detection as an impaired driver. They want time to pass and let the blood alcohol concentration (BAC) reduce to a legal level, lower than the 0.08 percent BAC. But because of impairment they have a greater chance of inflicting harm in losing control of the vehicle and increasing their jeopardy by tacking on an additional allegation.

The better choice is to stay put. It may be possible to beat the DUI charge because of flawed scientific evidence or poor police work through an exhaustive defense investigation. And running is pretty visual and can be difficult to contest.

A first DUI conviction is a class 1 misdemeanor and time in jail, if any, is far less severe than a class 5 felony for evading police. A DUI conviction also comes with the suspension of the license to drive.

Perils of a Flight from Police conviction

A conviction of this statute means incarceration in state prison, expensive fines, a term of parole that has restrictive provisions, and time serving the community in some fashion.

A felony conviction also strips the person of the right to vote in state and federal elections. The Second Amendment right to own and possess a gun is also lost. A felony conviction can make it difficult to keep or get a job or successfully enter into an apartment rental agreement. However, refusing to rent property to a felon may be considered discrimination under the Fair Housing Act.

What to Do When Stopped

Your performance matters when your flight has ended. Don’t try to talk your way out of the situation.

The best approach is to invoke your Constitutional right to remain silent and to ask for an attorney, which should stop the questioning. Anything you say at this point can be used as evidence against you. When an attorney is present during questioning you can avoid pitfalls. It’s up to the prosecution to prove its case beyond a reasonable doubt and you’re not obligated to help them convict you.

The best possible defense is largely determined by the circumstances of the alleged flight and every case is unique. If you’re charged with unlawful flight from police know that you may have a good defense.

It’s possible with all the distractions of modern hi-tech vehicles with GPS giving you instructions, satellite radio playing at high volume, cell phone conversations, or children making noise that a driver may not realize that he or she has captured the attention of law enforcement. It’s also possible in traffic that the targeted driver thought the officer was after someone else, which is a “mistake of fact” defense.

I’ve defended many unlawful flight cases and you can get my legal advice for free by contacting Phoenix DUI Attorney, Aaron Black or call (480) 729-1683 for a confidential telephonic consultation. My office is available 24 hours a day, seven days a week and holidays.

I’ll listen to your side of the story and ask questions. I’ll explain the law involved, review the facts and explain the defenses that may be available to you. Please note that I handle cases in city, state, and federal courts.