Odd Ways to Get a DUI in Phoenix Arizona 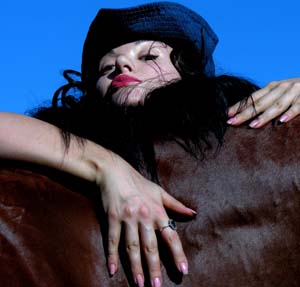 Being charged with impaired driving in Phoenix, Arizona is not limited to operating passenger cars and trucks. Other modes of conveyance are included in Arizona’s DUI laws and are relatively new to the transportation landscape.

One convenience is old, the horse. I am sometimes asked if it is illegal to be impaired and ride a horse. The answer is no, although riding while impaired can be dangerous if the rider falls or is thrown. The rider also exposes his or her self to charges of public intoxication, using alcohol or drugs, and endangering the horse.

Bicyclists, including electric versions, are “granted all of the rights” and duties of those who use our roads under Arizona Revised Statute §28-812. A bicyclist cannot be cited for a DUI if the bicycle is foot-powered.

If an engine of some sort, gas or electric, powers the bicycle, the offending rider can and will be charged with a DUI. The mode of producing power is the defining factor, foot or motor.

Operating a motorized bicycle or small scooter while impaired in Phoenix garners a DUI offense, but riding an electric skateboard does not because it is not considered under law as a motor vehicle. Electric small scooters are available to rent in some communities, such as Scottsdale.

Scottsdale has passed an ordinance that regulates electric scooters, but riders are allowed to use sidewalks in Old Town, sometimes impeding pedestrians.

Another oddity. People operating an electric golf cart can get the operator a DUI charge if it was moving at or faster than 25 MPH. At slower speeds, a charge of being intoxicated in public can be filed.

With the advent of vehicles that do not require an operator, such as the electric Tesla set on auto pilot, is not a safety valve for DUI impairment.

Case in point: In July 2020 the occupant of a Tesla using the autonomous feature rear-ended an Arizona State Trooper’s SUV that was stopped investigating an earlier crash and the impact shoved it into an ambulance.

The 23-year-old Tesla occupant was arrested on a DUI charge. Authorities reasoned that the man was in the Tesla and therefore had “actual physical control” of it.

Many people think if they are not actually driving, they are safe. But a person does not need to be driving to get arrested for impaired riding. All that is necessary is if the person was in “actual physical control” of the vehicle. Arizona Revised Statute 28-1381 establishes this doctrine.

A person is in actual physical control by sitting on a scooter even though it is not moving, and police use this law to charge a DUI. For example, a scooter may be at rest but the rider has the key to start it in a pants pocket.

Factors include an individual’s metabolism dictating how fast or slowly alcohol or drugs are processed, how much time has passed since the person stopped drinking or using drugs, body weight and use of alcohol or drugs over time can build a tolerance.

The Class 1 misdemeanor is the most serious in the misdemeanor range. A first DUI offense conviction is punished by incarceration for as long as six months. The minimum, however, is 10 days but nine of those days can be suspended if the defendant successfully finishes drug and alcohol classes.

Fines and surcharges totaling as much as $1,510.50, and a term of probation possibly continuing for as long as five years can be ordered by the court. A driver’s license can be suspended for 30 days, followed by 60 days of restricted driving to work or school.

The court may also require community restitution and paying for a SR22 insurance (SR means Safety Responsibility). SR-22 insurance is not an insurance policy. It’s a certificate that serves as your proof of insurance. A conviction will raise auto insurance rates, too.

In addition to criminal charges, if the defendant injures someone while operating an electronic vehicle, the injured person can sue in civil court for monetary damages.

The best defense is a good offense, and your defense begins when the officer begins questioning you. You have the legal right not to incriminate yourself under the Fifth Amendment, so there is no reason to answer. Just be polite in invoking your rights.

Every case has its particular set of facts that play into possible defenses. These are common Phoenix DUI defenses:

If you or a loved one is facing a DUI charge for impaired driving on a scooter or other electric powered vehicle, it is best to seek legal representation at the earliest possible time.
Aaron M. Black Law has an extensive record of defending good people who are in trouble. The goal is always to earn a dismissal of all charges or at least reducing a DUI to reckless driving.

You will receive personalized service. Throughout the case, we will be communicating regularly. You will always be talking to me, never an assistant.

Start your defense by calling 480-729-1683 at any hour on any day and I will respond promptly, unless I am in court or at trial. Or use my online contact form.

The National Trial Lawyers Association rates me among the top 100 trial lawyers in the country. The National Association of Distinguished Counsel places me in the top one percent of the finest lawyers in the nation. And for the 8th consecutive year, I was named a 2021 DUI Super Lawyer in Phoenix. You may view my law education, credentials and DUI defense experience on my website.