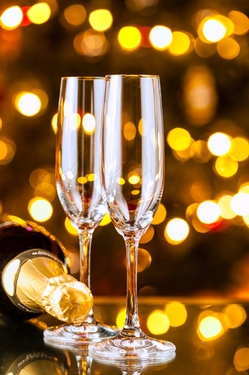 Once again we are at the predawn of a New Year in Phoenix. From dinner and dancing to drinking and driving if you’re not careful the only fireworks you could see are the red and blue ones in your rear view mirror.

As you know Arizona takes drinking and driving very seriously in fact we have some of the harshest penalties in the nation. In fact even if you are facing a first time DUI charge you could end up serving jail time, enormous monetary fines and the IID (Ignition Interlock Device.)

Every year those who don’t head warning end up facing jail time, stiff fines and their livelihood being regulated by an Ignition interlock device. In 2016 alone there were over 2,000 drunk drivers arrested in Arizona during the 2016 holiday many of which could have been avoided if they would have chosen to catch a ride home by calling Uber, Lyft or a taxi, better yet designating a driver before the celebrations begin is an even better solution.

Did you know that you can be charged with a DUI simply by having your keys in the ignition while being drunk, even if the reason is as harmless as turning on the radio or rolling down a window? By inserting the key you would be placing yourself in “actual physical control” of your car which means that you could cause harm to yourself and your passengers.

According to a Supreme Court ruling in State of Arizona v. Zavala, 136 Ariz. 356, 666 P.2d 456 (1983) “The interpretation we place on the legislature’s imprecise language is compelled by our belief that it is reasonable to allow a driver, when he believes his driving is impaired, to pull completely off the highway, turn the key off and sleep until he is sober, without fear of being arrested for being in control. To hold otherwise might encourage a drunk driver, apprehensive about being arrested, to attempt to reach his destination while endangering others on the highway.”

Below are a few tips on what you should and should not do if you are pulled over for DUI in Phoenix.

Help is available at any time of the day or night

At the Law Office of Aaron Black we understand that good people sometimes find themselves in bad situations. If unfortunately you are arrested for a DUI during your New Year celebrations, as always I am available 24 hours a day.

At the Law Office of Aaron Black we offer the following. Contact DUI Lawyer, Aaron Black or call 480-729-1683 to set up a free consultation.