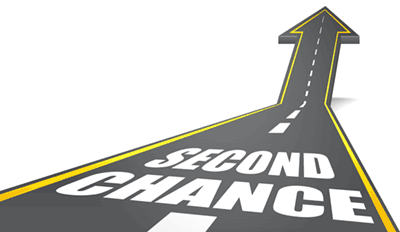 Licensed professionals whose licenses were revoked because of a certain misdemeanor or felony conviction now have a chance to regain their chosen careers. Arizona made it possible for some of these defendants to have a “second chance” when an adopted House Bill became effective on August 27, 2021.

In signing the Second Chances, Rehabilitation and Public Safety Act, Gov. Ducy said those who have paid their debt to society “No matter their background or past mistakes deserve the chance to make a living and a better life for themselves and their families. If you served your time and paid your debt to society, you should have the opportunity at a real second chance.”

The new legislation from House Bill 2067 also allows inmates who were convicted of non-dangerous offenses to be released after serving 50 percent of their sentences. Previously, the minimum was 85 percent. The revised law also ends the “charge stacking” practice that some prosecutors used to sentence someone as a repeat offender, even though the defendant did not have a previous conviction.

But there are exceptions in the law regarding who can get a second chance.

DUI offenders may be eligible for second chance

Second chance is not available for people who have driven on a suspended license or been convicted of hit-and-run, felony flight, criminal speeding, or aggressive driving. Other exclusions are convictions involving a deadly weapon, inflicting serious physical injury, sex offenders and convictions involving children younger than 15.

Setting aside a conviction

Arizona under Arizona Revised Statute 13-905 allows some convictions to be “set aside.” This means the guilty judgment and the penalties related to the conviction are dismissed but the conviction will remain on the public record.

Setting aside a conviction also allows the restoration of civil rights, notably including the Second Amendment’s right to keep and bear arms, which was previously not allowed under the unrevised law. The court must inform the defendant of the set aside path at sentencing.

The offender must complete a set aside application to the court, which considers the nature and circumstances of the charge, prior convictions, satisfying the conditions of probation and conditions imposed by the Arizona department of corrections, and the offender’s comments in the application.

If the set aside application is denied, the court must state the reason in writing and add it to the record.

The set aside application and instructions are available from the Superior Court’s self-service center. Some cities, including Scottsdale and Surprise, have their own application process for offenders to set aside their convictions.

The clerk of the court cannot charge a fee for the application, which can be submitted by the offender, the probation officer or the convicted person’s attorney.

Factors that are considered

The court considers several factors, including the circumstances and nature of the offense, the applicant’s age at the time of the offense, the victim’s input and the status of any restitution that the court ordered and any other factors relevant to the set aside application.

If the set aside application is approved, the state will now issue a “Certificate of Second Chance” that prevents the state’s professional licensing board from denying an occupational license. The certificate can be used to obtain housing as well.

The clerk of the court must advise the Arizona Department of Public Safety if a conviction is set aside and then update the offender’s criminal history with a notice that the conviction has been set aside. The criminal record, however, remains public.

The Certificate of Second Chance allows its holder to pursue a professional license to work in many fields including these that are specified in the law – architects, nurses, doctors, surgeons, pharmacists, engineers, real estate agents, teachers, barbers, cosmetologists, accountants, collection agents, funeral directors, and commercial driver’s license and other professions.

Arizona law has established limited liability protection for employers who hire or contract with ex-offenders under Arizona Revised Statute 12-558.03. An employer is not liable for hiring someone who was previously convicted of a criminal offense.

Employers can benefit, too, as many are having difficulty finding job candidates in these uncertain times. Employees who have a Certificate of Second Chance is an incentive to hire the person. The revised law does not require employers to consider the certificate in hiring decisions.

Why use an attorney for your set aside application

To ensure that your professional life is back, it is best to use an experienced criminal defense lawyer such as myself to guide you through the set aside and Second Chance Certificate processes.  An attorney at your side is beneficial if your application is challenged by the victim or prosecutors.

Aaron M. Black Law has decades of experience working in various areas of Arizona criminal law and I know from working with clients that good people can make a mistake. They deserve a restart at a professional career that was sidetracked by their error in judgment.

My legal services are based upon providing individual attention throughout the legal process to win back your life. You will always be talking to me, no one else. A big complaint from those in legal trouble is that the lawyer was not accessible enough. That does not happen at Aaron Black Law.

Begin to get you career path back by calling 480-729-1683 at any time on any day, weekends or holidays that is convenient for you, and I will respond promptly unless I am in court or at trial. Or, use my convenient online contract form.

I provide legal defense services in justice, municipal, state and federal courts in and near Maricopa County.