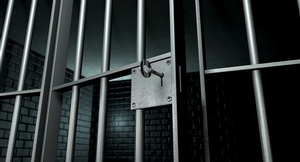 Missing an appearance in Arizona’s criminal courts is a crime and a judge right then and there can issue an arrest warrant from the bench, the judge’s seat, which is how a bench warrant gets its name. This offense is a violation of the court.

Shortly after your arrest you’ll be formally notified of the charges and will either be held in custody, released on bail, or released on a promise to attend all court proceedings, depending upon the seriousness and nature of the charge against you.

If you’re in custody, officers will take you from jail into court. If you’ve posted bail and then don’t show up in court, police and the bondsman can go after you to make the arrest. The court keeps all the money you posted for bail so you’ll lose that and can be placed in custody for the duration of your case. If the promise to appear in court is broken police officers will come after you to perform your arrest.

Typically, a bench warrant in Arizona doesn’t expire over time. The bench warrant is listed in the court system and remains there until you surrender or are arrested. A bench warrant arrest can happen in Scottsdale, AZ at home, work, social gatherings, or during minor traffic violations and be quite embarrassing.

Some Arizona courts have a warrant review date to consider recalling the warrant and the prosecution can ask that the warrant be reaffirmed.

When you’re arrested on a bench warrant you’ll usually be taken into the court or held in jail until the judge issuing the warrant is available to hold a hearing in your case.

What is a Bench warrant degree?

In the first degree, a class five felony carries a sentence of 18 months incarceration or may be reduced to no less than six months, if the court determines there were mitigating circumstances for failing to appear, and a fine reaching to $150,000 under ARS §13-702. (Arizona Revised Statute)

Mitigating circumstances include that the defendant was under duress of a substantial nature, is of a young age, and the defense can raise the defendant’s background and character per ARS §13-702(E).

Second degree
Failing to appear in the second degree for a petty or misdemeanor offense doesn’t necessarily result in an officer placing you in custody but rather scheduling a court date at least five days after you’re arrested with your signed promise to appear.

For defendants who don’t show up a second time, the offense is moved into the first degree classification which is a class two misdemeanor, penalized by four months in jail and a fine up to $750 under Arizona Revised Statutes §§13-2506, 13-707, 13-802.

Should you have a prior conviction of a petty or misdemeanor crime within two years of your present situation then the offense is raised to the next higher level. So, for example, a class three misdemeanor is elevated to class two with more severe punishment.

Penalties for a Bench warrant in Scottsdale, AZ

Missing an appearance in felony cases is a first degree bench warrant classification and a class five felony under ARS §13-2507. (Arizona Revised Statute)

In misdemeanor or petty offense cases, failing to appear is a second degree offense per ARS §13-2506 and is a class two misdemeanor. Petty offenses are penalized by fines, but no incarceration.

For those released on their promise to appear, called “own recognizance,” or someone who receives a written notice to appear, is a second degree offense, a class two misdemeanor under ARS §13-3903.

Defenses for failing to appear in court

A bench warrant may not come into play if you “unknowingly” failed to appear in court at any of the court proceedings, or if your defense attorney notified the court that you were unable to be present and the reason why.

An unforeseen event beyond your control, such as an accident, injury, illness, or hospitalization are acceptable reasons. Forgetting about the court date is not acceptable.

If you have a proper excuse it’s your duty to file a motion with the court to quash the bench warrant, meaning the judge can then dismiss the failure to appear charge. It’s imperative that you or your Criminal Defense Lawyer in Scottsdale, AZ take this step promptly. If this step isn’t taken the judge may not act kindly to your predicament when officers arrest you and take you before the bench.

If you’ve received a notice telling you the time and place to go to court but have issues that may prevent your attendance; or if you’ve learned a bench warrant has been issued for you, prompt legal representation can help you avoid any unnecessary trouble or sitting in a jail cell, as well as defend your constitutional rights.

I urge you to contact a criminal defense attorney immediately.

Aaron is committed to ensuring that his clients get a fair trial, that the prosecution is not rushing to judgement, and holds the state to proving cases beyond a reasonable doubt.