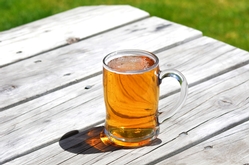 As with most states drinking under that age of 21 is against the law. In Scottsdale, Arizona if you are under the age of 21 and you have been arrested for drinking and driving, you can expect your license to be suspended in addition to possible jail time and fines. The license suspension is for 2 years regardless of the amount of alcohol in your system. As we all know the current blood alcohol content (BAC) for adults over 21 caught drinking and driving is .08% however, for minors it’s simply a zero tolerance situation as even the smallest amount of alcohol in your system.

If you are a minor please heed warning and never drink and drive or for that matter don’t ever get into a vehicle with someone who has been drinking.

If however you have been stopped and are suspected of drinking see below. If you are a minor and have been arrested for a DUI in Scottsdale, Arizona have your parents contact a DUI Attorney immediately. Not every attorney understands the complexities of DUI defense law so I encourage you to check their qualifications thoroughly before asking them to represent you.