Medical Marijuana and proof of impairment 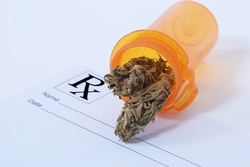 The medical marijuana act passed in November of 2010 in Arizona. Known as Proposition 203, the Medical Marijuana Act allows the possession of Marijuana for those with severe, chronic or terminal illnesses to legally use medical marijuana. Active medical marijuana cardholders are protected from arrest and prosecution with the exception of being in control of a motorized vehicle while under the influence.

With that being said, Arizona does not have a specific law in place in regards to a threshold of THC (Tetrahydrocannabinol) in a person’s body to be convicted of driving under the influence of a controlled substance.

A Court of Appeals in Arizona recently ruled that Prosecutors cannot assume that an arbitrary level of THC in someone’s system means that the person is impaired. Furthermore, for each case where a medical marijuana user has been charged with driving under the influence, the Prosecution must provide expert testimony to a defendant’s specific level of impairment.

As a result of this ruling simply because someone carries a medical marijuana card, they cannot be criminalized by Prosecutors.

Medical Marijuana use allowable by Law

If you would like to learn more about medical marijuana and proof of impairment, contact Aaron or call 480-729-1683 today.