Legal and Illegal Cultivation of Marijuana in Arizona 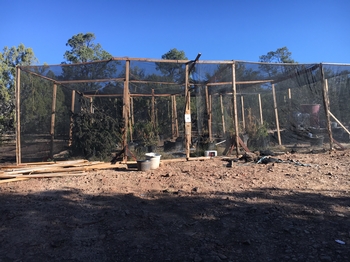 Since Arizona voters approved medical marijuana nine years ago to the chagrin of law enforcement and some elected and non-elected officials medical marijuana patients and their caregivers have been allowed to grow marijuana plants strictly for the use of the patient.

However, Arizona Revised Statute §13-3405(A)(3) still forbids “producing” marijuana and authorities have been arresting people for cultivating hundreds and even thousands of cannabis plants in Maricopa and other counties charging them with varying levels of cultivation felonies under §13-3405(B).

In addition, those charged with cultivating large numbers of marijuana plants may also be charged with related felonies such as possessing cultivation equipment, possessing cannabis and cannabis seeds, and trafficking entailing transporting, conspiring to sell, and selling marijuana.

Medical marijuana and cultivation in Arizona

The Arizona Department of Health Services reported that 169,478 patients and 935 caregivers were qualified under the medical marijuana law, A.R.S. §36-2801, as of May 2018.
This law allows medical marijuana patient cardholders or their registered caregivers to grow their medication under certain conditions.

Patients, 21 years or older, who live 25 or more miles from a state licensed medical marijuana dispensary in any direction may legally grow up to 12 plants.

The plants must be “contained in an enclosed, locked facility” meaning out of sight of public view such as in a closet or an extra bedroom. The exception to enclosed and locked is when the plants are being moved to the cardholder’s new home or facility.

Patients can’t possess more than 2.5 ounces of medical marijuana at a time.

It’s illegal to share or sell the marijuana they produce with those who don’t have a medical marijuana permit.

Ramifications of a cultivation conviction

A felony conviction has far reaching effects. Beyond incarceration convicted felons may lose or endure the following.

The specific circumstances of the investigation and arrest can help determine the best defense possible to pursue. These are the common defenses.

If you’re charged with cultivating marijuana you’ll need an experienced criminal defense attorney at your side throughout the process beginning when you are a person of interest under investigation and when you are arrested and charged.

I chose defense work to help people who are at risk and to ensure that authorities play by the rules to achieve their “beyond a reasonable doubt” duty. I will scrutinize the reports filed by law enforcement investigators searching for inconstancies, mistakes, and sloppy work.

In your defense I also will conduct interviews of witnesses and investigators under oath to challenge their statements and hunt for conjecture.

I know the serious and potentially life-changing challenges you’re facing. I work to win a dismissal or, if you choose, I will negotiate with the prosecution attempting to reduce the charge to a less serious one with less harming punishment.

Contact Criminal Defense Attorney in Phoenix, Aaron Black or call for a free telephonic case consultation 24 hours a day at (480)729-1683.