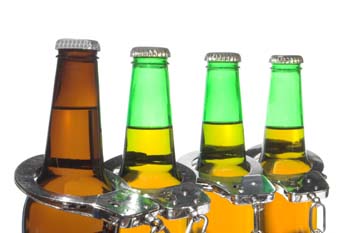 Every 48 minutes a DUI fatality happens somewhere in the nation in July, primarily because of the Independence Day celebrations, has the most deaths, reports the National Highway Traffic Safety Administration (NHTSA).

Fourth of July revelers attending events, parades, fireworks shows or neighborhood and family parties and many extend the holiday into the weekend pushing up the number of motorists who make the bad decision to drive even if they’re just a bit buzzed. The high volume of summer vacations in July may also attribute to the DUI fatalities.

They show the July DUI death rate statistics -- the percentage of impaired drivers involved in fatal crashes – to 9.6 percent in July, which is 0.6 percent more than the next closest months, August and September with its Labor Day. The lowest monthly DUI fatality rate occurs in February with 6.9 percent. By holiday comparison, December is ranked at 8.1 percent and January 7.1 percent.

The statistics should be alarming because people have a variety of transportation sources to choose from so they can leave their vehicles safely at home. Authorities know that July produces the high rate of DUI motorists and they set up traffic checkpoints to inspect the validity of drivers’ licenses and indications of intoxication.

In Arizona 28 percent of alcohol impaired driving incidents caused fatalities in 2017, reported the NHTSA. Last year, 289 individuals in Arizona were charged with impaired driving with 62 of those arrested for extreme DUI, according to a media report.

Under Arizona Revised Statute §28-1381 the state has a no tolerance policy meaning that someone who is only “slightly impaired” can face a DUI charge. What slightly impaired means is decided by the investigating officer.

Arizona’s legal limit is 0.08 percent of blood-alcohol concentration (BAC) or 0.04 for commercial drivers. The next level is extreme DUI if the BAC reaches 0.15. Super extreme can be charged with a BAC of 0.20 and greater.

Driving with a BAC of .08 is a class 1 misdemeanor and higher BAC levels raise the offense to the far more serious felony.

Please note that a person doesn’t have to be driving to be arrested for DUI in Arizona. Having “actual physical control” of a motorized vehicle is sufficient.

Examples of actual physical control are numerous, such as sleeping in the vehicle stopped at the side of the road with the key in the ignition.

Consequences of a DUI Conviction

A class 1 misdemeanor conviction carries possible time in jail, fines, suspension of the right to drive, probation and a criminal record sometimes noticed by media.
A felony conviction has far-reaching impacts such as the following.

What Should I do if I’ve been Pulled Over by the Police?

The best thing to do when confronted by law enforcement is to refrain from convicting yourself by answering questions the officer poses.

The Fifth Amendment of the U.S. Constitution prohibits self-incrimination and Miranda vs Arizona requires the arresting officer to advise you of that Constitutional right to remain silent and to have an attorney present during questioning.

It may seem drastic to refuse to answer an officer’s questions but they know the law and should accept the decision.

The prosecution must prove its case beyond a reasonable doubt and establishing doubt in the minds of jurors can take several avenues. The goal in DUI cases is to have the case dismissed or to reduce the charge and penalties through negotiations with the prosecution. Entering into a plea agreement is solely the decision of the defendant.

In defending DUI cases I conduct a thorough, independent investigation of the state’s evidence and work to develop other relevant and mitigating evidence that the prosecution didn’t bother to recognize or follow.

After your arrest use your one phone call to talk to an experienced DUI defense attorney or to notify family or a friend and have someone arrange for a defense lawyer to represent you. I provide free and confidential advice and an initial analysis of your case by phone or in person.