Is Jail Mandatory for an Arizona DUI Conviction? 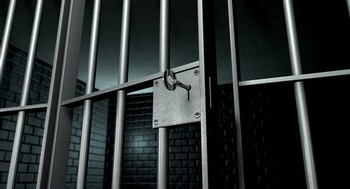 One of the first questions Arizona DUI defendants ask me during my free consultation is, “Will I have to go to jail?” The answer is complicated, depending on how serious the offense is and other factors that I’ll point out. But jail time is mandatory under Arizona’s DUI laws.

However, the Arizona legislature changed the law in 2012 that made it possible to spend less time in jail than previously.

The state has intricate sentencing guidelines for mitigated, minimum, presumptive, maximum and aggravated levels, each with increasing jail time. Judges are allowed to use discretion in deciding sentences and there can be differences among cities in which the offense occurred. The main issue in determining the length of time in jail is how much over the legal limit was the blood-alcohol concentration (BAC) level detected by breathalyzer and or blood tests.

The base DUI is a BAC of 0.08 percent, but Arizona is a no-tolerance state so anyone who is even “slightly impaired” can be charged even if the BAC level is less than the base level. Extreme DUI begins with a BAC of 0.15 and Super Extreme starts at 0.20.

Those who are charged with a base DUI in Phoenix, AZ and surrounding communities for the first time face “one day” in jail, which can be less than 24 hours. Second-time offenders face 90 days in jail but may be eligible for home detention after serving six days in jail.

The law allows other factors that significantly increase the sentence into the felony range and moving the incarceration to prison instead of jail. The state can allege an aggravating factor if a child younger than 15 is a passenger if the defendant caused a serious crash that injured or killed someone, and if the ignition interlock device was disabled, or if the defendant was driving on a suspended license from a prior DUI arrest.

Aggravated also is applied to those who’ve had two prior DUIs within seven years of the first and this includes DUI convictions from other states. A third DUI within that timeframe is a felony.

Along with a jail sentence, the courts in Phoenix, AZ and surrounding communities can impose fines and surcharges that can cause financial hardship as well as mandatory drug and alcohol education classes and a term of community service.

The court also can order a term of probation involving restrictions on freedom that if violated means serving time in jail.

Those convicted can lose their driver’s license for a time and must fit all of the vehicles available to the person with an ignition interlock device that prevents the engine from starting if alcohol is detected.

Other Consequences of a DUI Conviction

Besides jail time, a DUI conviction means a criminal record that can harm getting or keeping a job, particularly for commercial drivers, who only have to have a BAC of 0.04 to be convicted. For others, it will be more difficult to commute to a school, work, mandatory education classes, and even to the grocery store.

Installing a court-ordered ignition interlock device for a year is expensive. The person must pay to rent it and for its inspections and maintenance.

In some cases, the defendant’s vehicle can be impounded.

Your Defense Begins at the Traffic Stop

The moment a traffic officer stands at your window and begins an interrogation it’s crucial that you be polite and respectful and remember that anything you say becomes evidence. It’s your constitutional right to refrain from convicting yourself by answering the officer’s questions, which are designed to incriminate you, such as “how much have you had to drink tonight?”

Tell the officer that you are exercising the Fifth Amendment right to remain silent and ask that you be represented by an attorney before responding to questions, which is also your constitutional right.

If you refuse to submit to a blood test your license will be suspended. Police have to have a blood sample within two hours to obtain an “accurate” result. If you don’t allow a blood draw police must obtain a warrant to collect blood for evidence.

Having an experienced DUI defense attorney at your side beginning from the arrest is necessary to navigate through the complex sentencing phase of a case to achieve the best possible outcome.

Particulars of the case may be able to influence the outcome in your favor so the defense will conduct its own thorough investigation and search state’s evidence looking for flaws in procedure and evidence.

It may be possible to negotiate with the prosecution to reduce the charge, such as a first-time base DUI negotiated down to reckless driving.

If you or a loved one is arrested for a DUI offense don’t guess at your situation. Take advantage of my free legal advice in a confidential telephone call.  We’ll talk about the arrest and I’ll assess the strength of the state’s case. I’ll also answer your questions, particularly the one at top of mind. Will I go to jail?

To get my free legal advice contact Phoenix DUI Defense Attorney Aaron Black or call (480) 729-1683 any time day or night, including holidays. My goal is always to win a dismissal or an acquittal.